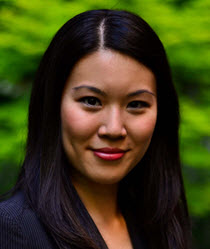 Tiffany Ma is currently a Nonresident Fellow at NBR. She is also Senior Director, BowerGroupAsia.

Prior to joining NBR in 2013, Ms. Ma was a Research Associate at the Project 2049 Institute, an Asia policy think tank in the Washington, D.C., area. She has also worked at the International Crisis Group in Beijing; the Center for Strategic and International Studies in Washington, D.C.; and the Refugee Council of Australia in Sydney. Her research interests include Asian security, U.S.-China and cross-strait relations, and the Arctic. Ms. Ma holds an MPP from the Harvard Kennedy School, where she was also a Public Service Fellow and a Belfer International and Global Affairs Student Fellow.