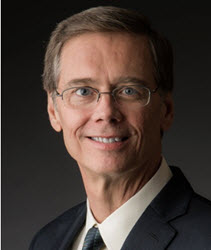 Thomas Albrecht is the managing partner for the Asia Pacific region and has been based in Sidley’s Hong Kong office for the past eight years. Tom has also been a member of the firm’s Management Committee and its Executive Committee for 17 and 21 years respectively. Tom’s practice includes the representation of multinational corporations, investment banks, commercial banks, investment funds, insurance companies and other participants in the financial services industry in a wide variety of corporate and financing transactions including secured financings, structured finance transactions, alternative risk financing mechanisms, corporate restructurings and workouts, with a particular focus on cross-border transactions.

Tom has been recognized as a leading lawyer by several publications, including Chambers Global, Chambers Asia Pacific, IFLR1000, Who’s Who Legal, PLC Which Lawyer and The Best Lawyers in America. Chambers USA recently described Tom as “a fantastic lawyer who immediately thinks about how new developments will affect clients.”

Tom was based in the U.S. for most of his 30+ year career, but has been involved in cross-border financing and other international corporate transactions for over 25 years, beginning in 1986 when he represented a major Japanese automobile manufacturer in establishing its U.S. based financing subsidiary. A few years later, he represented several large financial institutions when they established their commercial paper conduit supported businesses in Europe. In the 1990s, he worked extensively on several Japan-originated transactions, as well as on a Southeast Asia-based monoline insurance program. More recently, Tom has also been involved in several debt and corporate workouts and restructurings, corporate inbound (into Asia) investment transactions, advice on outbound (to the U.S.) investments and operations, the use of ring-fencing techniques in connection with global corporate structures, the restructuring of joint ventures and distressed asset purchases.