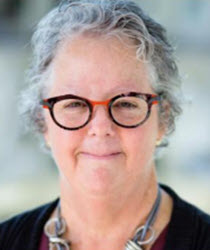 Tami Overby is a Senior Advisor in the East Asia & Pacific practice of Dentons Global Advisors-Albright Stonebridge Group (ASG). She is also a member of the Board of Advisors at the National Bureau of Asian Research.

Ms. Overby advises clients on Asian investment and trade matters, with a particular focus on Korea. Over the past three decades she has built a deep and wide understanding of the Asian trade and investment landscape and established a powerful network of government, corporate, and diplomatic relationships. This combination uniquely positions her to help clients solve problems.

Overby’s Asia expertise was first cultivated during her 20 plus years living and working in Seoul, Korea, and expanded when she returned to the United States to lead the US Chamber of Commerce’s Asia Practice. During her 8-year tenure, she grew revenue by over 300%, fought for fair trade and investment practices across the region, and helped numerous Fortune 500 companies navigate their strategic and operational challenges.

The scope of her experience includes policy work, high-profile trade disputes, stakeholder campaigns to support the passage of trade agreements between the U.S. and its Asian trade partners as well as market access advocacy and general investment counsel. Her bilateral and multilateral experiences include the TransPacific Partnership FTA, APEC, and the KORUS FTA.

Most recently, Overby spent four years with McLarty Associates where she quickly became one of the firm’s top revenue generators. In April 2022, she became President of Asia Pathfinders, a small boutique consulting firm specializing in U.S.-Asia economic affairs.

Throughout her career, Ms. Overby has had the privilege to host numerous heads of states and Dignitaries including China’s Xi Jinping, Japan’s Shinzo Abe, Indonesia’s Joko Widodo, along with Korea Presidents Kim Dae-jung, Roh Moo-hyun, Lee Myung-bak and Park Guen-hye to name a few. Ms. Overby is a frequent guest lecturer and regular contributor to national news media regarding US-South Korean economic relations, sharing her insights and expertise on Asian investment and championing fair trade and investment policies.

During her years in Korea, Overby received numerous Presidential awards and citations, including the Presidential Economic Advancement Citation from President Kim Dae-Jung, the Special Decoration Medal for Economic Service from Roh Moo-hyun, and the Industrial Service Merit-Silver Tower from Lee Myung-bak. Overby was particularly honored to have President Lee Myung-bak personally present the Industrial Service Award at a US-Korea Business Council meeting in Washington in 2009.

Dividing her time between Washington, DC, and the Maryland countryside, Overby can often be found walking her dogs and sipping a nice bourbon.