College of William and Mary 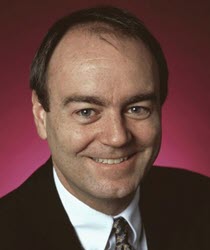 Stephen E. Hanson is a member of the Board of Advisors at the National Bureau of Asian Research.

Prior to coming to William & Mary, Hanson was a faculty member in the Department of Political Science at the University of Washington, Seattle. While at the University of Washington, he served from 2000-2008 as the Director of the Ellison Center for Russian, East European, and Central Asian Studies at the Jackson School of International Studies, and from 2009-2011 as the UW’s Vice Provost for Global Affairs.

Hanson’s first book, Time and Revolution: Marxism and the Design of Soviet Institutions (University of North Carolina Press, 1997), received the 1998 Wayne S. Vucinich book award from ASEEES. Hanson’s second monograph, Post-Imperial Democracies: Ideology and Party Formation in Third Republic France, Weimar Germany, and Post-Soviet Russia (Cambridge University Press, 2010), was published in the prestigious Cambridge Studies in Comparative Politics series. Hanson is also the co-editor (with Grzegorz Ekiert) of Capitalism and Democracy in Eastern and Central Europe: Assessing the Legacy of Communist Rule (Cambridge University Press, 2003); a co-author (with Richard Anderson Jr., M. Steven Fish, and Philip Roeder) of Postcommunism and the Theory of Democracy (Princeton University Press, 2001); and the co-editor (with Willfried Spohn) of Can Europe Work?: Germany and the Reconstruction of Postcommunist Societies (University of Washington Press, 1995). Hanson’s numerous articles analyzing postcommunist Russia in comparative perspective, the role of ideology in institutional change, and qualitative methods for social science research have appeared in such journals as Comparative Political Studies, Comparative Politics, Perspectives on Politics, Canadian Journal of Political Science, The Annals of the American Academy of Political and Social Science, Post-Soviet Affairs, Communist and Post-Communist Studies, Pro et Contra, and East European Politics and Societies.

Hanson served as an elected Member-at-Large of the Board of the Association for Slavic, Eurasian, and East European Studies from 2008-2010. Hanson has served on the editorial boards of Slavic Review, Comparative Political Studies, Post-Soviet Affairs, and Demokratizatsiya. He served from 2004-2008 as Academic Director of the Program on New Approaches to Russian Security (PONARS), based in Washington D.C., and he continues to be an active member of the PONARS-Eurasia network.

Hanson received his BA from Harvard University in 1985 and his PhD from the University of California, Berkeley in 1991.