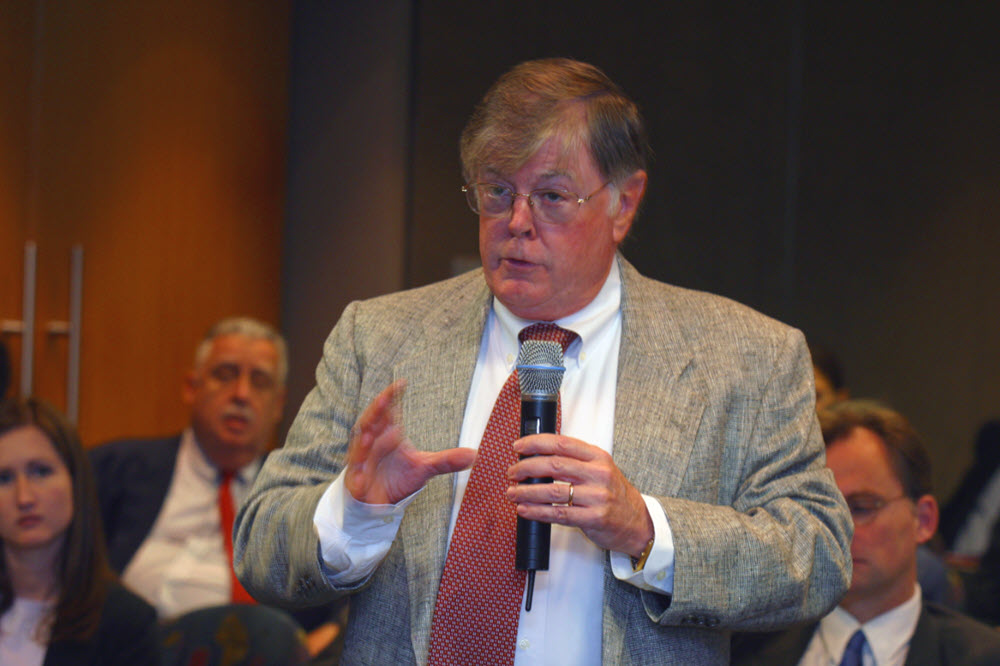 Professor Sheldon (Shell) Simon was a longtime close friend and senior colleague at NBR. He was the first research director of NBR’s Southeast Asia Studies Program, edited and contributed to NBR books, was a frequent author for the Strategic Asia series, and served on NBR’s board of advisors and Asia Policy editorial board.

From his professorship at Arizona State University, Shell led one of NBR’s first major studies in the early 1990s, advising the Secretary of Defense on reshaping U.S. security strategy in Southeast Asia following the collapse of the Soviet Union. In that same period he organized through NBR a series of breakthrough discussions between leading Asia scholars and their senior U.S. government counterparts. During the 1990s and 2000s, his numerous contributions to NBR’s research program resulted in books, reports, conferences, and policy briefings for the government.

Shell epitomized the public intellectuals at the heart of NBR’s network of experts. As a first-rate scholar, one of America’s leading authorities on Southeast Asian security issues, he held the deep respect of his academic colleagues worldwide. His generosity, affability, and collegiality also made him a genuine pleasure to work with, as a special Asia Policy roundtable discussion commemorating his retirement in 2018 attests. At the same time, Shell was always able to translate his knowledge and expertise into valuable policy insights, and was a frequent consultant to the U.S. intelligence, defense, military, and national security agencies.

Richard Ellings, NBR’s co-founding president, counted Shell as a dear friend. “Shell leaves a big hole in the hearts of so many, from family members and students to colleagues and friends. Shell was the consummate gentlemanly renaissance man. We admired his intellect, Asia knowledge, eloquence, star roles in musicals, and competition on the tennis court, and most of all we were taken by his kindness and optimism. There was simply no aspect of Shell you did not appreciate. What an honor to have known him well, and done so much with him, these past three decades.”

Michael Wills, executive vice president, said, “I had the privilege to work with Shell for several years when I first started at NBR, and remember with fondness our many collaborations, from helping to edit his books to holding meetings with government officials in Honolulu and Washington and organizing academic conferences in Singapore and Tempe.”

We remember and honor Shell’s extraordinary life and legacy, and offer our deep condolences to his family.

Southeast Asia, the Great Powers, and Regional Security from the Cold War to the Present