On June 20 the world lost one of the least pretentious yet greatest students of international relations—ever. Driven by facts and attentive to the best observers throughout history, Professor Robert (Bob) Gilpin, Jr. asked and answered the biggest questions confronting international affairs, human affairs on its grandest scale. Before it was fashionable, he addressed why great powers rise and fall, especially the free market powers; what constitutes international leadership; and why and when does war take place, particularly global war. He quietly rejected the Marxist approach that many of his contemporaries took in understanding the link between U.S. foreign policy and multinational corporations’ expansion overseas. He considered all the arguments and available data before taking a highly sophisticated realist approach, and used it to explain the complex relationship between international political and economic affairs. He dived into these enormously important topics deeply, relentlessly, brilliantly. He did all these things in clear prose, eschewing the jargon and methodologies associated with much scholarly work that is esoteric. Bob and his writings will remain an inspiration to academe and policymaking. I am but one of legions who owe him thanks for the model he provided as a scholar and a person. 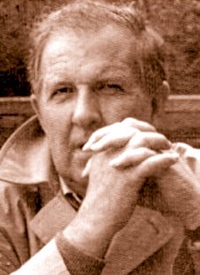