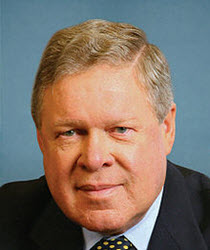 Congressman Norman Dicks is a Counselor for The National Bureau of Asian Research. He is also a Senior Policy Advisor for Van Ness Feldman, LLP, advising clients on a wide range of public policy, strategic, and regulatory issues, particularly those in the environmental sector.

He serves on the Board of Directors for the Ruckelshaus Center, Washington Wildlife and Recreation Coalition, Trust for the National Mall, and Defenders of Wildlife, is a Board Trustee for the Washington National Opera, and a member of the Council on Foreign Relations and Puget Sound Naval Bases Association.

From 1990 to 1998, Mr. Dicks served on the House Intelligence Committee and was awarded the CIA Directors Medal. Upon his retirement, Norm received the Department of Defense Distinguished Public Service Medal, the highest honor bestowed upon a civilian for his work on behalf of military members and their families.