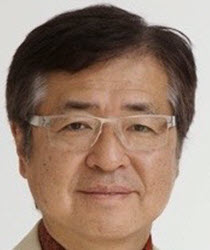 Nobukatsu Kanehara is Professor of Doshisha University in Kyoto, Japan.

Mr. Kanehara served as assistant chief cabinet secretary to Prime Minister Shinzo Abe from 2012 to 2019. In 2013, he also became the inaugural deputy secretary-general of the National Security Secretariat. He also served as deputy director of the Cabinet Intelligence and Research Office.

He was decorated by the president of Republic of France with Ordre de la Legion d’Honneur.