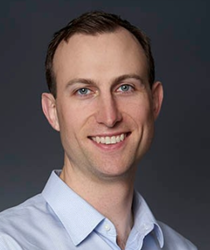 Nathan Beauchamp-Mustafaga is an associate policy researcher at the RAND Corporation, where he focuses on Asian security issues. He is also a professor of policy analysis at the Pardee RAND Graduate School. His research interests include Chinese foreign policy, Chinese military strategy, China-North Korea relations, China’s Belt and Road Initiative, the Korean Peninsula and INDOPACOM posture.

Prior to joining RAND, Beauchamp-Mustafaga was the editor of China Brief at The Jamestown Foundation, a biweekly publication focusing on strategic China-related issues utilizing indigenous language sources. He has also spent time with the International Institute for Strategic Studies (IISS), the Stockholm International Peace Research Institute (SIPRI), the Center for International and Strategic Studies at Peking University (CISS), and the U.S.-China Economic and Security Review Commission (USCC).

Beauchamp-Mustafaga graduated from the dual-degree MSc in International Affairs program at the London School of Economics and Peking University, and earned a bachelor’s degree in international affairs and Chinese language and literature from the Elliott School of International Affairs at The George Washington University. He is a member of the National Committee on U.S.-China Relations and a Pacific Forum CSIS Young Leader. In total, Beauchamp-Mustafaga lived in China for over three years and completed a year each of high school, university and master’s education at seven schools in five cities throughout China.