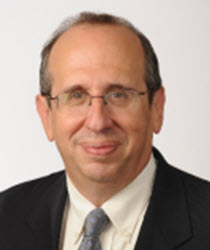 Mark Cohen heads the Asia IP Project at the Berkeley Center for Law and Technology at Berkeley Law School. He is also responsible for teaching international trade law and research and writing on IP issues. Previously, Cohen was Senior Counsel, China in the Office of Policy and International Affairs at the U.S. Patent and Trademark Office, after serving as a visiting professor at Fordham Law School (2011-2012). Prior to that time, he served in such functions as: Director, International Intellectual Property at Microsoft Corporation; Of Counsel to Jones Day’s Beijing office; and Senior Intellectual Property Attaché at the U.S. Embassy in Beijing (2004-2008). In total, he has over 30 years private, public sector, in-house and academic experience in China and transition economies, with a focus on technology trade and intellectual property.

Cohen was the first IPR Attaché posted by USPTO to handle IPR issues in a foreign country. In addition, he launched the annual “Ambassador’s IPR Roundtable” which he co-chaired for five years, devised IPR “toolkits”, “road shows”, pro-bono programs, internal training programs for the US government and external training programs, and worked with USPTO and other US agencies to engage China and Chinese IP agencies. Cohen led a China team at USPTO consisting of 21 individuals in DC, Beijing, Shanghai and Guangzhou, China on all aspects of USPTO’s activities in China. Among his book-length publications are Antimonopoly Law and Practice in China (Oxford University Press 2011, with Steve Harris et al.). He was also the editor of Chinese Intellectual Property Law and Practice (Kluwer Law International 1999) and has edited or published a number of online publications, including the blog www.chinaipr.com.

Mr. Cohen has taught and lectured at numerous universities in the United States, Asia and Europe. Amongst other honors, he was the recipient of the US Chamber of Commerce’s “IP Champion” award in 2014. Mr. Cohen holds a JD degree from Columbia University (1984), an MA from the University of Wisconsin in Chinese Language and Literature (1979) and a BA from the State University of New York at Albany in Chinese Studies (1977).