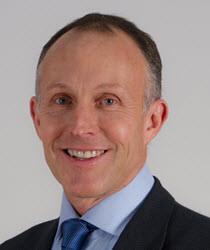 Kurt Glaubitz is General Manager, Corporate Affairs, Asia Pacific, Exploration and Production, Chevron Corporation, based in San Ramon, California. In this capacity, he manages government affairs, communications, and social development programs for Chevron’s Upstream presence in the Asia Pacific region. Previously, Kurt was Global Media Relations Manager for Chevron Corporation, where he managed all aspects of media relations for Chevron, the second largest energy company in the United States.

During his 15 years with Chevron, Kurt has been Communications Manager for Chevron International Exploration and Production, responsible for all external and internal communications for an international operation that generated more than half the company’s revenue.

Kurt has more than 20 years of experience in Public Affairs. Prior to joining Chevron, Kurt was Vice President of Human Resources Communications for Charles Schwab & Co., where he counseled senior management on communications strategy following steep market declines and profit losses.

Previously, he was Senior Vice President, Corporate Affairs, for Bank of America, where he worked for 10 years. There, he managed all internal print and electronic publications for an organization of 180,000 employees. He was responsible for the integration of all employee publications during the 1998 merger between Bank of America and NationsBank.

He began his career as a newspaper journalist in San Diego County, California.