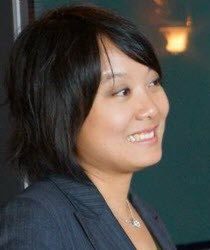 Dr. Ketty W. Chen is a member of the Board of Advisors at the National Bureau of Asian Research (NBR).

Dr. Chen is the Vice President of the Taiwan Foundation for Democracy (TFD). She is responsible for overseeing international cooperation and general administration at the TFD. Dr. Chen is also a member of the board for the Prospect Foundation and the Director of Research for the Association of Public Issues and Studies. Dr. Chen also served as the Chairperson of Liberal International’s Human Rights Committee’s Women’s Rights Working Group. Before that, she served as Deputy Director of the Department of International Affairs for the Democratic Progressive Party of Taiwan.

Before assuming her posts in Taiwan, Dr. Chen was visiting assistant professor with the Political Science Department at Austin College in Sherman, TX. She also taught courses in the Department of Social and Behavioral Science as associate faculty at Collin College in Dallas, TX.