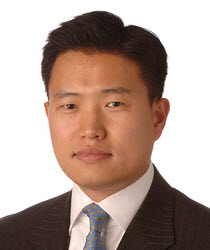 John S. Park is a member of the Board of Advisors at The National Bureau of Asian Research.

Dr. Park is Director of the Korea Working Group and an Adjunct Lecturer at the Harvard Kennedy School, as well as a Faculty Affiliate with the Project on Managing the Atom at the Harvard Kennedy School’s Belfer Center for Science and International Affairs. Dr. Park was previously the 2012–13 Stanton Nuclear Security Junior Faculty Fellow at the Massachusetts Institute of Technology (MIT) Security Studies Program. He also directed Northeast Asia Track 1.5 projects at the U.S. Institute of Peace in Washington, D.C. These initiatives included the U.S.-China Project on Crisis Avoidance and Cooperation, the U.S.-ROK-Japan Trilateral Dialogue in Northeast Asia, and the U.S.-China-Japan Dialogue on Risk Reduction and Crisis Prevention. He advises officials focused on Northeast Asia policy at the U.S. Departments of Defense, State, and the Treasury, as well as on the National Security Council and congressional committees.

Dr. Park worked at Goldman Sachs, where he specialized in U.S. military privatization financing projects. Prior to that, he was the project leader of the North Korea Analysis Group at the Belfer Center. He earlier worked in Goldman Sachs’s M&A Advisory Group in Hong Kong and the Boston Consulting Group’s Financial Services Practice in Seoul.

Dr. Park is a commentator on Northeast Asian security issues on CNN, CNBC, and Bloomberg TV. His publications include “The Key to the North Korean Targeted Sanctions Puzzle,” in the Washington Quarterly (2014); “Assessing the Role of Security Assurances in Dealing with North Korea,” in Security Assurances and Nuclear Nonproliferation (2012); “North Korea, Inc.: Gaining Insights into North Korean Regime Stability from Recent Commercial Activities” (2009), and “North Korea’s Nuclear Policy Behavior: Deterrence and Leverage,” in The Long Shadow: Nuclear Weapons and Security in 21st Century Asia (2008).

Dr. Park’s current research focuses on the North Korean regime’s accumulated learning in evading targeted sanctions. He received his MPhil and PhD from Cambridge University and completed his predoctoral and postdoctoral training at the Harvard Kennedy School’s Belfer Center.