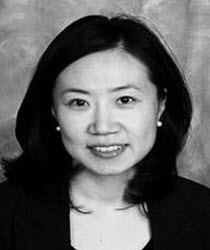 Ji-Young Lee is an Associate Professor of International Relations at American University’s School of International Service, where she holds the C. W. Lim and Korea Foundation Professorship of Korean Studies. Trained as a political scientist, she has written on Asian historical international relations, regional security order and the U.S. alliance network in East Asia, and South Korean foreign policy. She is the author of China’s Hegemony: Four Hundred Years of East Asian Domination (Columbia University Press, 2016). Her current book project, The Great Power Next Door (under contract with Columbia University Press), is a historically informed analysis of when and how China has chosen to militarily intervene in the Korean Peninsula. She has published articles in journals, including Security Studies, International Relations of the Asia-Pacific, the Pacific Review, the Australian Journal of International Affairs, the Journal of East Asian Studies, and the Korean Journal of International and Comparative Law.

She previously taught at Oberlin College as a Mellon Postdoctoral Fellow in Politics and East Asian Studies. Outside academia, she served as the Korea Policy Chair and a Senior Political Scientist at the RAND Corporation and was a non-resident James Kelly Korean Studies Fellow at the Pacific Forum CSIS. Dr. Lee received her PhD and Master’s from Georgetown University, an MA from Seoul National University, and a BA from Ewha Womans University.