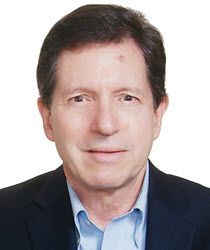 Harry Harding is a member of the Board of Advisors at the National Bureau of Asian Research.

Harding served as the founding dean of UVA’s Frank Batten School of Leadership and Public Policy between 2009 and 2014. Before joining the Batten School, he held faculty appointments at Swarthmore College and Stanford University, founded the Asia Program at the Woodrow Wilson International Center for Scholars, and was a Senior Fellow in the Foreign Policy Studies Program at the Brookings Institution. From 1995 to 2005 he was dean of the Elliott School of International Affairs at the George Washington University, and from 2005 to 2007 was Director of Research and Analysis at Eurasia Group, a political risk research and advisory firm based in New York. He has served on the boards of several educational and non-profit institutions as well as on the U.S.-China Joint Commission on Science and Technology and the U.S. Defense Policy Board.

Harding is the author of Organizing China: The Problem of Bureaucracy, 1949-1976; China’s Second Revolution: Reform After Mao; A Fragile Relationship: the United States and China Since 1972; and the chapter on the Cultural Revolution in The Cambridge History of China. He is also the editor or co-editor of China’s Foreign Relations in the 1980s; Sino-American Relations, 1945-1955: A Joint Reassessment of a Critical Decade; and The India-China Relationship: What the United States Needs to Know.

Harding received his BA from Princeton and his MA and PhD from Stanford. He is an elected member of the Cosmos Club, the Council on Foreign Relations, the International Institute for Strategic Studies, the Foreign Correspondents Club of Hong Kong; and the Royal Institute of International Affairs (Chatham House).