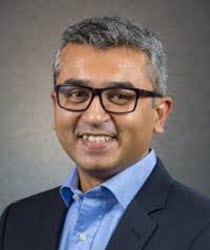 Deep Pal is a Nonresident Fellow at NBR. He advises and contributes to NBR research programs on political and security issues in Asia. Dr. Pal holds a PhD from the Henry M. Jackson School of International Studies at the University of Washington. His dissertation project examined the role that ideational variables have played in guiding the Sino-Indian relationship since the middle of the twentieth century. His current research interests include Indo-U.S. relations, international relations of South Asia, China’s evolving role in the region, and regional security. Prior to this, Dr. Pal was a member of the Political and Security Affairs group at NBR. He has also worked at the Center for Strategic and International Studies in Washington, D.C., researching and writing on security and foreign policy issues in Asia. Dr. Pal has vast experience working in India as a political and business journalist. He also holds an MA in international affairs from the George Washington University. He tweets @DeepPal_.