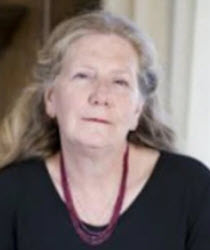 Cynthia A. Watson is Professor & Dean Emerita at the National War College.

Dr. Watson joined the Faculty of the National War College in August 1992, serving as Dean of Faculty & Academic Programs from March 2018 through July 2021 when she assumed the Interim Provost position. She taught across the curriculum and served in academic leadership roles across the College over her twenty-nine years there. Dr. Watson earned a MA from the London School of Economics, and a PhD from the University of Notre Dame. Her undergraduate alma mater, University of MissouriKansas City, honored her as Alumna of the Year in 2011. Dr. Watson has served on the Governing Boards of a number of professional organizations and the Editorial Board of Third World Quarterly. She is a Member of the International Institute for Strategic Studies, the National Committee on U.S.-China Relations, and the Society for Military History. Her first edition (2002) of U.S. National Security received CHOICE’s designation as a Book of the Year. Other publications include and Nation-Building, U.S. Military Service, Military Education, US National Security (2nd edition), Political Role of the Military (co-edited with Constantine Danopoulos), Interest Groups in National Security, and Geographic Combatant Commands. Dr. Watson has functional expertise in curriculum development; economic/political history; strategic foundations; and professional military education. She is also an expert in the Asia-Pacific and Latin American regions.