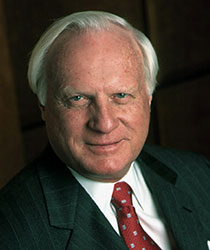 NBR is deeply saddened to announce that Charles W. Brady passed away on December 7, 2019.

“Charlie’s passion, focus, and energy inspired us to be more, do more, and reach further,” said John Rindlaub, Chairman of NBR’s Board of Directors. “Our work and the decision-makers we inform were and will continue to be better served because of Charlie. On behalf of NBR’s board and staff, we salute Charlie’s profound contribution to our vision and mission.”

“Charlie was a wonderful board member, vice chair, and chair for a long time,” said Roy Kamphausen, President of NBR. “Our hearts go out to his wife, Nina, his family, and to all who were touched by his extraordinary generosity.”

Mr. Brady served on NBR’s Board of Directors since 1993, including as Chairman from 2012 to 2018. He was Chairman Emeritus of the board of Invesco, Ltd., one of the world’s largest independent global investment managers, a company he co-founded. 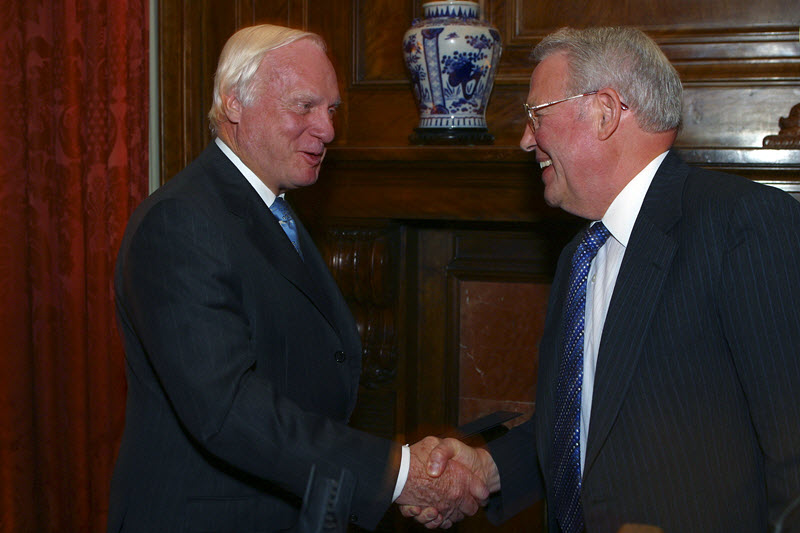 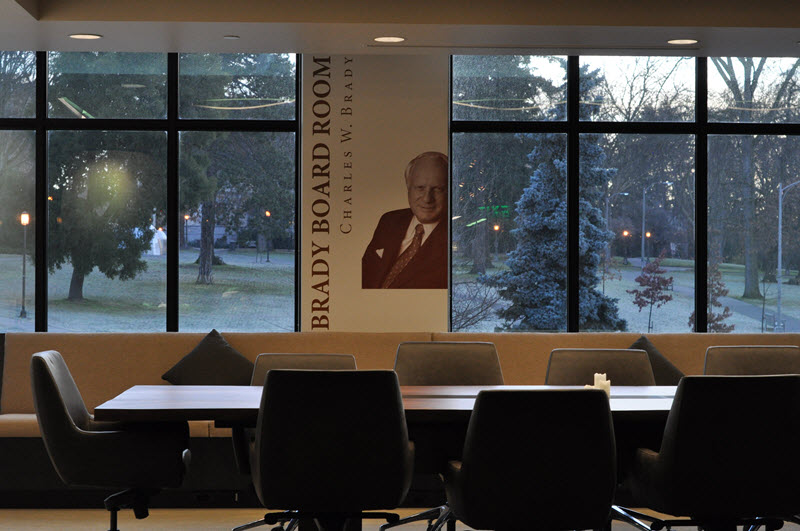 The Brady Board Room at Russell Hall, NBR’s Seattle headquarters.

Charles W. Brady served on NBR’s Board of Directors from 1993 to 2019. Mr. Brady was Chairman Emeritus of the board of Invesco, Ltd., one of the world’s largest independent global investment managers. Operating through its primary brands, AIM, Invesco, and Atlantic Trust, the firm is dedicated to helping people worldwide build their financial security by providing a broad range of high quality investment products with exceptional customer service. Invesco manages $713 billion in assets for individual investors and sophisticated institutions, including governments, corporations, and not-for-profits.

Born in Atlanta, Georgia, Mr. Brady graduated from the Georgia Institute of Technology with a Bachelor of Science in Industrial Management. He attended the Advanced Management School at Harvard University.

In 1959, after serving two years in the United States Navy as a reserve officer based in the Mediterranean, Mr. Brady went into the brokerage business. In 1964 he joined a regional bank, establishing the first bank-owned registered investment advisory service in the United States. In 1978 Mr. Brady and eight partners acquired the business and founded Invesco.

In 1988 Mr. Brady merged Invesco with the UK-based Britannia Arrow Corporation and was appointed Deputy Chairman of U.S. operations, and he became Executive Chairman in 1993. Mr. Brady merged Invesco with AIM Management Group in 1997, creating one of the first truly global retail and institutional asset managers. Under Mr. Brady’s executive chairmanship, Invesco continued to gain leadership positions in key markets around the world, expanding its investment management capabilities for clients.