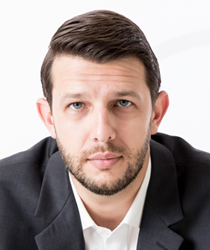 Ashley Townshend is Director of Foreign Policy and Defence at the United States Studies Centre at the University of Sydney. He works on international security and strategic affairs with a focus on the Indo-Pacific, including regional alliances and partnerships, maritime security, defence policy, and US, Chinese, and Australian strategy. Ashley is also the founding convenor and co-chair of the US-Australia Indo-Pacific Deterrence Dialogue and a lecturer in the Centre’s postgraduate program. A frequent contributor to the Australian and international media, Ashley’s analysis has appeared in outlets such as the Financial Times, CNN, the Australian Financial Review, Bloomberg, ABC, and Sky News.