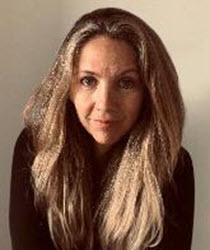 She is a Non-Resident Fellow at the National Bureau for Asian Research (2022-2026) and an Associate Scholar with the MacMillan Brown Center for Pacific Studies, University of Canterbury. She was previously a visiting scholar at the East-West Center, Honolulu, in 2019; and the Asia Pacific Center for Security Studies, Honolulu, in 2014.

Anna has been commissioned to write and speak on Pacific security issues by leading global thinktanks including the Royal Institute for International Affairs (Chatham House), RUSI, Center for Strategic and International Studies, Hudson Institute, Wilton Park, United States Institute for Peace, and the Lowy Institute. She is a frequent speaker at international strategic dialogues and regularly briefs governments and media.

Anna has worked extensively in conflict and humanitarian emergencies in Southeast Asia and the Pacific and has previously held positions with the International Crisis Group, the United Nations Development Programme, the Australian Civil-Military Centre, as well as with international humanitarian agencies including Oxfam, Action Aid, World Vision and the Norwegian Refugee Council.

Anna holds a PhD from the Australian National University and is an alumni of the East West Center and the Asia Pacific Center for Security Studies, Honolulu.