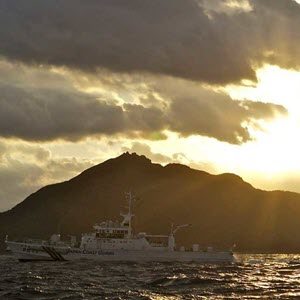 1. What is a gray zone, and how do the United States and Japan determine when they face a gray-zone scenario?

3. What existing and potential coordinated response mechanisms are at the disposal of U.S. and Japanese forces when responding to Chinese gray-zone operations?

Given that the term “gray zone” is both elusive and vague, the event sought to provide a baseline definition early on in the discussion. One presenter proposed that gray-zone activities constitute a “violation of national sovereignty and interests of foreign countries in a manner that does not amount to an armed attack.” The expert defined armed attacks as an “organized and planned use of force.” In the context of Article 5 of the U.S.-Japan Mutual Security Treaty, an armed attack is recognized as any attack against territories under the administration of Japan that poses a threat to its peace and security. Thus, the complexity of gray-zone situations poses a challenge for determining when and if Chinese behavior amounts to an “armed attack.”

The next presentation assessed the objectives, capabilities, and ramifications of Chinese gray-zone operations in the East China Sea. Gray-zone activities, in part, serve as an assertion of defense for maritime claims in the East China Sea, while allowing China to expand control over disputed territories, control critical energy and fishing resources, and influence regional rules. Chinese conventional gray-zone operations are primarily spearheaded by the China Coast Guard and People’s Armed Forces Maritime Militia. China’s nonconventional capabilities remain less understood and, as such, carry greater risk for escalation. These include cyber, space, electronic warfare, and influence operations, as well as military applications of emerging technologies such as artificial intelligence, algorithms, and machine learning.

The last presentation focused on the institutional and military prospects for alliance coordination in responding to Chinese gray-zone activities. A recommendation from the 2020 Asia Policy roundtable regarding the creation of a Standing Joint Task Force as one potential solution was raised again. Such a joint task force would provide U.S. and Japanese forces the opportunity to plan, train, and equip as they would in a real contingency and develop mechanisms to properly address gray-zone situations. Experts at the event emphasized the need for increased attention on legal and political congruency between Tokyo and Washington. If there are competing definitions of what constitutes an “armed attack,” then the invocation of Article 5 could be delayed to the detriment of both parties.

Experts also discussed the establishment of a U.S.-Japan Standing Coordination Center, which could allow both sides to enhance information- and intelligence-sharing capabilities during peacetime. Given heightened Chinese pressure on Quad members, namely India and Australia, participants suggested that the Center could be expanded into a Quad Center of Excellence. This would allow participating countries to conduct collaborative research on emerging and unconventional capabilities while strengthening conventional norms in the maritime domain and developing new standards in cyber, space, and emerging technologies

The subsequent open discussion allowed participating experts to share personal experiences and suggestions with a view to understanding how gray-zone operations underpin Chinese strategy in the East China Sea. The challenges posed by Chinese gray-zone operations, in sum, were understood to require a sound, congruent, and dynamic political and security relationship between the United States and Japan.

John M. Shalikashvili Chair in National Security Studies
Understanding Chinese Gray Zone Operations in the East China Sea
This site uses cookies. Please read our Privacy Policy to learn how and why we use cookies.