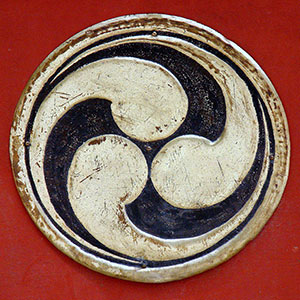 The Case for U.S.-ROK-Japan Trilateralism 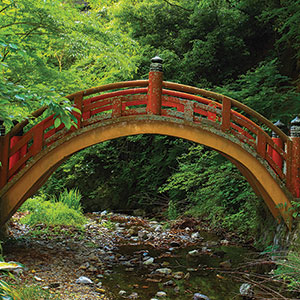 At the workshop in Seoul, hosted by the Asan Institute for Policy Studies, a diverse group of U.S., ROK, and Japanese scholars gathered for a day-long discussion of trilateral issues from a Korean perspective. The workshop was initiated with the observation that, while the idea of trilateral cooperation has been on the minds of experts and policymakers for decades, the topic has come to the forefront of public discussion in the past few months, due in large part to North Korea’s missile and nuclear weapons activities. Organizers acknowledged the uncertainties posed by the domestic political situations in the United States and the ROK, with the Trump administration signaling a retreat from international engagement and given the likely victory of a more progressive government in the pending presidential elections in South Korea.

In a discussion of traditional security threats and the policy tools available to address them, participants explored several critical issues, foremost among them the nuclear and missile threat from North Korea and the multifaceted challenges posed by China. While Japanese participants emphasized the growing urgency for trilateral cooperation to counter North Korea, ROK participants also raised the concern over heightened great-power politics and competition vis-à-vis the Korean Peninsula. The latter issue can be seen playing out in debates over the U.S. deployment of Terminal High Altitude Area Defense (THAAD) in the ROK. In discussing coordinated policy options, participants agreed on the difficulties of imposing effective sanctions in the face of “North Korea Inc.’s” evasion tactics and debated the potential impact of alternative sanctions.

On energy security, presenters discussed how lower oil and gas prices and the shift from a seller’s to a buyer’s market will affect the United States, the ROK, and Japan individually as well as collectively. One presenter argued for an “energy alliance” based on the foundation of the U.S. security alliances with Japan and the ROK. Such an alliance would likely have limited impact on energy procurement but could be a useful symbolic measure to strengthen trilateral security relations. However, participants also cautioned against advocating for trilateral cooperation without tangible benefits, and noted that U.S.-ROK-Japan discussions on energy security must consider China’s role or miss out on significant opportunities.

In the nexus between traditional and nontraditional security issues, presenters identified hypothetical cases in which the ROK, Japan, and the United States might need to collaborate to alleviate a humanitarian crisis within North Korea, such as a public health crisis or a disaster at a nuclear facility. In the area of peacekeeping, it was noted that Japan and Australia’s current robust security relationship began with cooperation on operations in East Timor, which could be explored as a model for Japan and the ROK. Participants discussed the region’s preparedness for a refugee crisis in North Korea and whether cooperation on humanitarian assistance and disaster relief overseas would build the experience needed to conduct such operations to address a crisis on the Korean Peninsula.

Finally, in emerging domains, presenters emphasized the large impact of technology development on both human prosperity and personal security, as well as the threats it poses to national security. Few overarching agreements have been reached in the nuclear, cyber, and space domains. In order to establish such norm-generating frameworks, it is necessary that states share certain values and levels of development. To this point, the United States, ROK, and Japan share many values and thus have an opportunity to work together to define norms and conventions in these fields. The presenters emphasized that information sharing is key, particularly in the cyber domain, where all three nations suffer attacks from both state and nonstate actors and where shared warnings and understanding of threats are critical.

In concluding the Seoul workshop, the co-chairs noted that in some of the areas where further cooperation is needed, there may be cases in which utilizing bilateral or multilateral structures is more productive than focusing cooperation on trilateral mechanisms. However, even though the partners should not force the trilateral structure on scenarios where it does not best fit, there are a great many cases where they can accomplish more trilaterally than bilaterally or individually.

At the workshop in Tokyo, hosted by the Japan Center for International Exchange two days after the Seoul workshop, a different group of U.S., ROK, and Japanese scholars gathered to discuss a similar agenda of issues from the Japanese perspective. Organizers once again highlighted that Japanese interest in trilateral cooperation and concern over North Korean missile activity are currently at a high point, although domestic issues in the United States and the ROK may reduce the chances of leveraging this momentum. Throughout the four panels, moderators often summarized the discussions at the workshop in Seoul to gather further input on those preliminary findings and recommendations.

During the panel on regional security threats, the presenters focused significant attention on maritime issues. They noted that the United States hopes to engage more with the ROK, as a middle-power maritime state, on strengthening maritime security and promoting freedom of navigation. Participants also discussed the role of the Japan and ROK coast guards in the trilateral relationship. While the coast guards can cooperate significantly on antipiracy, search and rescue, and capacity building, field-level relations remain tense due to interactions and clashes around disputed maritime territories. Further trust-building measures may be needed before they can cooperate substantially. On the deployment of THAAD, speakers stressed that, from the Japanese perspective, Japan should not actively insert itself into the debate but continue its stated support for the United States and ROK’s deployment of the system and explanation that it is not targeted at China.

In a separate discussion of the threat from North Korea and options for addressing it, participants emphasized that North Korea has now developed capabilities that threaten Japan, and other countries, in truly alarming ways. While in the ROK the development of nuclear weapons is the greatest source of insecurity, in Japan it is North Korea’s diversification of missile ranges and reachable targets. Participants emphasized that coordinating policy and exchanging information among the United States, the ROK, and Japan remains critical to ensuring that North Korea cannot separate and decouple its enemies.

On the theme of energy security, panelists presented the energy demand and supply outlook for the ROK, Japan, and the United States, noting trends in different energy sectors, including natural gas, nuclear, and oil. Participants also debated the role of business and government in providing energy security. Although it is necessary for government to help set the rules of the game and identify the long-term structural changes needed, panelists cautioned that it is not easy for government to control the private sector. In times of political uncertainty, private business can provide a measure of stability.

In the final panel, participants focused on the cyber domain, outlining Japan’s capabilities and the key threats to the three partners. Panelists discussed the value of developing a joint database for tracking cyberattacks or an automated indicator sharing system. Although such tools are years away from ealization due to political sensitivities, they would help identify patterns on which states should concentrate their resources. The importance of information sharing was again emphasized, but panelists agreed that the ROK and Japan still lack the mutual confidence needed to share extensive information about state-sponsored cyber actors in classified settings.

At the conclusion of the Tokyo workshop, the three co-chairs reaffirmed the need to understand the role of China in Pacific trilateralism and cautioned that the trilateral mechanism should be used judiciously to avoid corroding it. They argued that the best advocate for the trilateral relationship is Prime Minister Shinzo Abe, who has strong domestic support as well as an apparently positive relationship with President Donald Trump. The co-chairs concluded with a note of optimism that the trilateral relationship continues to be an effective mechanism for addressing shared threats and that its pillars remain strong.