Background of the Celebration

In 1991, Mariners owner Jeff Smulyan announced that the team was for sale; local investors had 120 days to come up with $100 million to purchase the team. Senator Slade Gorton approached Nintendo for the investment. On December 23, 1991, Senator Gorton received a call that he calls “the best Christmas gift of my life.” Mr. Hiroshi Yamauchi, CEO of Nintendo, would contribute $100 million to the purchase. But the battle wasn’t over.

Believing that local ownership was instrumental to keeping baseball in Seattle, Slade, with characteristic hard work and persistence, put together a group of local investors to join Nintendo as partners. The group included John Ellis, who became the local face and leader of the Mariners. Senator Gorton, Mr. Ellis, and Nintendo’s Howard Lincoln created a plan that overcame widespread opposition at a nadir in American views of Japan and prevailed over anti-foreign ownership sentiment among the Major League Baseball Owners. The results: For the second time in his career, Slade Gorton saved major league baseball for Seattle. The new Mariners ownership structure endured and became a model for baseball. The popularity of the Mariners soared in Japan and Japanese tourists flocked to Seattle to watch baseball, building a quarter century—and counting—of successful economic and cultural cooperation between the two allies.

In a career defined by numerous achievements, saving the Mariners 25 years ago remains one of Slade’s proudest. 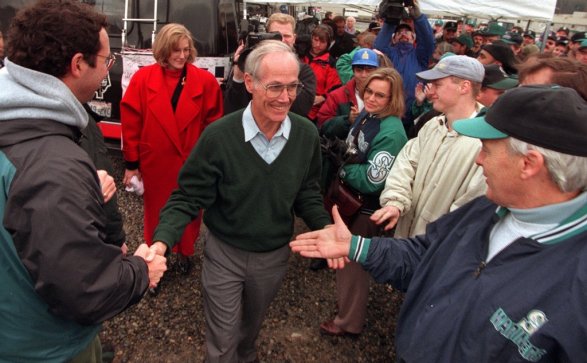 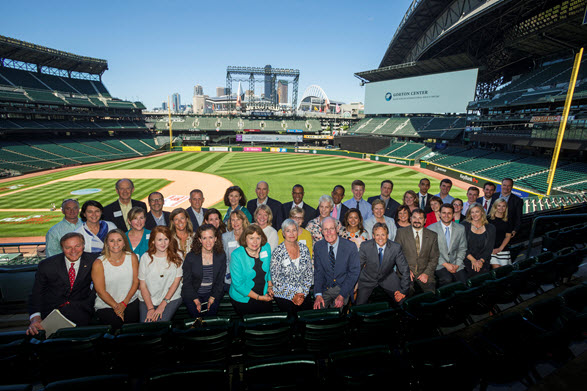