The panel and subsequent discussion drew from key findings on Taiwan’s national power and strategic culture from the recent NBR Special Reports for the Strategic Asia Program: “Taiwan’s Strong but Stifled Foundations of National Power” and “Taiwan: Asia’s Orphan?” The panelists discussed the island’s relations with China and the United States to examine possible paths forward in the relationship between Washington and Taipei.

The Future of U.S.-Taiwan Policy: Taiwan’s National Power in Context

David Gitter is the editor of Party Watch, a biweekly report delivered every other Monday that tracks the latest activities of the Chinese Communist Party (CCP). He has worked in various research capacities at the Congressional Research Service (CRS), the Office of the Under Secretary of Defense for Policy (OUSDP), Project 2049 Institute, and the Center for Strategic and International Studies (CSIS) focusing on cross-strait relations and broader Asian security issues. Gitter received his MA in Asian Studies from the Elliott School of International Affairs at George Washington University. He has lived, worked, and studied in Beijing, China, and has working proficiency in Mandarin.

Steven Goldstein taught in the Smith College Department of Government from 1968 to 2016. He is now the director of the Taiwan Studies Workshop and associate at the Fairbank Center at Harvard University. He has been a visiting faculty member at the Fletcher School of Law and Diplomacy, Columbia University, and the Naval War College. Goldstein’s research has been focused on issues of Chinese domestic and foreign policy as well as cross-Strait relations. His most recent publication is China and Taiwan (Polity Press, 2015).

Robert Sutter is Professor of Practice of International Affairs at the Elliot School of George Washington University. He also directs the school’s Bachelor of Arts in International Affairs program. Dr. Sutter taught fulltime for ten years at Georgetown, George Washington, and Johns Hopkins Universities, and the University of Virginia. He has published 20 books, over 200 articles, and several hundred government reports dealing with contemporary East Asian and Pacific countries and their relations with the United States. His most recent book is Foreign Relations of the PRC: The Legacies and Constraints of China’s International Politics since 1949. Dr. Sutter’s government career (1968-2001) involved work on Asian and Pacific affairs and US foreign policy for the Congressional Research Service of the Library of Congress, the Central Intelligence Agency, the Department of State, and the Senate Foreign Relations Committee. He was for many years the Senior Specialist and Director of the Foreign Affairs and National Defense Division of the Congressional Research Service. He also was the National Intelligence Officer for East Asia and the Pacific at the US Government’s National Intelligence Council, and the China Division Director at the Department of State’s Bureau of Intelligence and Research. Dr. Sutter holds a PhD in History and East Asian Languages from Harvard University.

Scott Harold is the Associate Director of The Center for Asia Pacific Policy and a political scientist at the non-profit, non-partisan RAND Corporation, as well as a member of the Pardee RAND Graduate School faculty. He specializes in Chinese foreign policy, East Asian security, and international affairs. Prior to joining RAND in August 2008, Dr. Harold worked at the Brookings Institution’s John L. Thornton China Center from 2006 to 2008. In addition to his work at RAND, he is an adjunct professor in the Security Studies Program at Georgetown University’s Edmund A. Walsh School of Foreign Service, where he has taught since 2006. He has also taught Chinese politics at Columbia University. Dr. Harold is a term member of the Council on Foreign Relations from 2012 to 2017. He is fluent in Mandarin Chinese. His doctorate is in political science from Columbia University, where he wrote a thesis on China’s foreign policy decision-making with respect to joining the World Trade Organization.

Tiffany Ma is Senior Director of Political and Security Affairs at NBR. Ms. Ma directs program management and project development for the Political and Security Affairs team. In addition, she serves as the Project Lead for several initiatives, including the People’s Liberation Army Conference, US-China Relations in Strategic Domains, Asia Maritime Security, Mapping Pakistan’s Security Dynamics, and Approaching Critical Mass: Asia’s Multipolar Nuclear Future. Prior to joining NBR in 2013, Ms. Ma was a Research Associate at the Project 2049 Institute, an Asia policy think tank in the Washington, D.C. area. She has also worked at the International Crisis Group in Beijing; the Center for Strategic and International Studies in Washington, D.C.; and the Refugee Council of Australia in Sydney. Her research interests include Asian security, US-China and cross-Strait relations, and the Arctic. Ms. Ma holds an MPP from the Harvard Kennedy School, where she was also a Public Service Fellow and a Belfer International and Global Affairs Student Fellow. 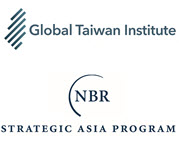