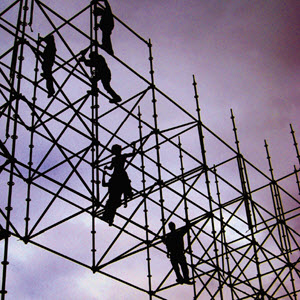 
On November 18, 2015, NBR hosted a public launch event for Strategic Asia 2015–16: Foundations of National Power in the Asia-Pacific. Members of the research team presented key findings on the sources of national power for featured countries, while an expert panel discussed possible trends and challenges for national power in the region.

The Asia-Pacific region is among the world’s most consequential. The region has experienced unprecedented economic growth within a few short decades, fostering greater interconnectivity and reshaping the strategic environment. While the benefits to the millions of people living in the region are clear, the changes have also intensified geopolitical competition between regional actors, as countries vie for influence and relative power. NBR’s Strategic Asia Program has undertaken a three-year project aimed at expanding understanding and furthering discourse on national power in the Asia-Pacific. This year’s volume explores the underlying components of national power and discusses how regional countries translate these inputs into tangible outputs in the form of diplomatic and military capabilities. Next year’s volume will look into each country’s strategic culture, focusing on the impact of ideological values on how a country chooses to use its resources, while the final volume will examine competing conceptions of the regional order.

NBR’s president Richard J. Ellings opened the event with a brief introduction to the Strategic Asia Program, highlighting that this year’s volume is the fifteenth in the series and thanking the Strategic Asia team for their contributions. Roy Kamphausen (NBR) followed by introducing the program’s research director, Ashley J. Tellis (Carnegie Endowment for International Peace), who provided an overview of the analytical framework of the volume. Power, as grounded in political realism, can be categorized into three distinct groups: power as resources, power as ability, and power as outcomes. National power is determined by the overall synthesis of the three. A country’s ability to convert its available resources (latent power) into national performance (usable power) is grounded in the vibrancy of state-society relations. Usable power, Tellis argued, can then be applied toward a state’s efforts to achieve its strategic goals and political objectives through deliberate action by policymakers, particularly by either military or diplomatic means.

The members of the Strategic Asia research team built their respective country studies on these underlying principles. The findings of each chapter were discussed by a panel moderated by Michael Wills (NBR). Nadège Rolland (NBR), author of the China chapter, began by describing China’s efforts to build comprehensive national power. She concluded that despite a robust power structure, the resiliency of the current regime, strong economic growth, and rapid military buildup, China’s power expansion is constrained by the illiberal nature of its institutions. Thus, Chinese officials will one day need to consider the trade-offs between maintaining control and reforming the system.

Tellis followed by summarizing the main conclusions of the Japan, South Korea, India, and Russia chapters on their authors’ behalf. In his chapter on Japan, Michael Auslin (American Enterprise Institute) views Japan as a highly effective state that has been capable of overcoming resource restraints through cohesive state-society relations. However, it faces constraints from these very same factors, as social cohesion has contributed to groupthink, risk aversion, and a lack of innovation that have stifled national performance. Tellis highlighted Auslin’s point that Japan’s ability to use these social norms to bring about fundamental change will be the determining factor for its success in the future. He then outlined the chapter on South Korea by Chung Min Lee (Yonsei University). Lee notes that South Korea’s successes can be largely attributed to the purposefulness of the Korean state, from chaebols contributing to economic growth to the regulation of social relations for the state’s interests. He then argues that such control has diminished due to changing social dynamics and democratization and that a new model of state-society relations will be needed.

Next, Tellis discussed the India chapter by Rajesh Rajagopalan (Jawaharlal Nehru University). Rajagopalan concludes that India has considerable capabilities in terms of a strong economy and plentiful national resources, but that overall weak institutions and disjointed state-society relations hinder effective national performance. Tellis then compared India with Russia in terms of size and availability of natural resources. The primary issue for Russia, as summarized by Andrew C. Kuchins (Georgetown University), lies in the long-lasting aftereffects of the Soviet collapse, which destroyed the old social order and greatly weakened the country’s industrial base. Debilitated state-society relations, which are a symptom of a strict authoritarian regime that emphasizes self-preservation and prioritizes political legitimization over modernization, hinder Russia’s development of national power.

Vikram Nehru (Carnegie Endowment for International Peace) followed with an overview of his chapter on Indonesia. He argued that, in spite of its economic growth and strategic location, Indonesia has been generally unwilling to project power in the region, due to its focus on addressing domestic issues and overall satisfaction with its place in the international order. Although shifting threat perceptions are changing this attitude, elite fragmentation, a weak ideational framework, and the military’s domestic orientation will serve as roadblocks to Indonesia’s expansion of national power. Finally, Robert Sutter (George Washington University) and David Gitter (Defense Group Inc.) concluded the first panel by discussing their forthcoming NBR Special Report on Taiwan. In their analysis, Taiwan has been relatively successful at “playing a weak hand” given both external and internal constraints. Yet the island’s partisan divide confronts it with a serious challenge.

The second panel featured Richard J. Ellings, Dennis C. Blair (Sasakawa Peace Foundation USA), and Aaron Friedberg (Princeton University). The three discussed the primary themes of the volume, focusing in particular on the United States’ role in the Asia-Pacific. Blair and Friedberg drew on their public service experience to offer insights into how the strategic environment has evolved over the years. Friedberg noted that the rise of China altered regional dynamics, with countries gradually adjusting their national strategies to balance against China. The impact of the September 11 attacks and the 2008 financial crisis were pinpointed as “black swans”—or low-probability, high-consequence events—that largely shifted U.S. focus away from the Asia-Pacific. The panelists agreed, however, that antiterrorism initiatives could serve as a unifying mechanism across the world. The discussion then shifted to recent developments in the region, including territorial disputes in the East and South China Seas.

The speakers on both panels provided a comprehensive review of national power in the Asia-Pacific, from the challenges faced by each country to how countries are able to successfully translate available resources into tangible power. These foundations of national power will continue to shape how regional actors interact for years to come and influence U.S. policy approaches to the Asia-Pacific.