On July 30, 2021, NBR held a virtual discussion on Friday, July 30, examining the nature of China’s coercive actions, the implications for peace and security in the Taiwan Strait, and the role of the United States. In his keynote address, Congressman Ami Bera remarked that “We ought to continue to build these coalitions of countries to further bring Taiwan into the fold of nations.” Scroll down to see more quotes from his keynote below the agenda. 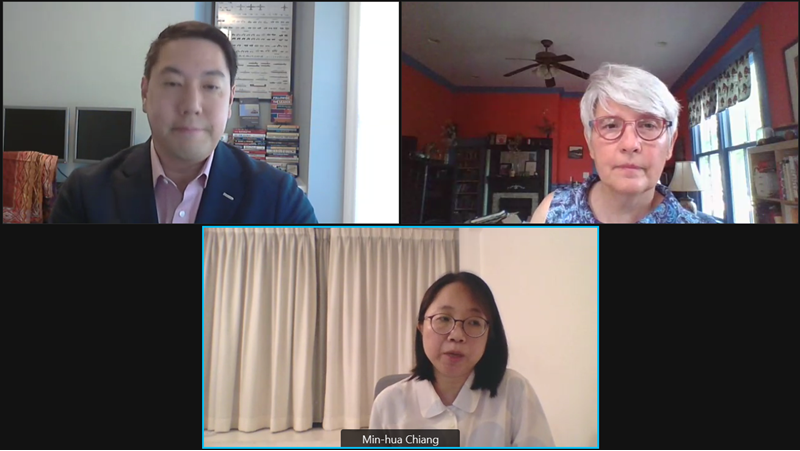 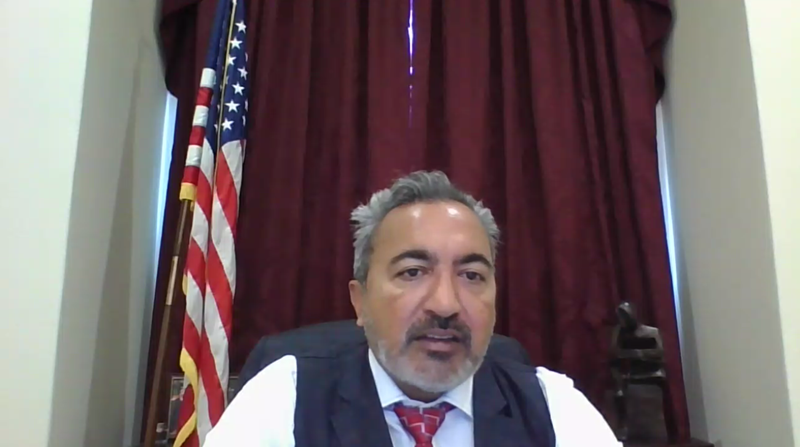 “As I think about the opportunities as well as the challenges we face in the region and obviously the direction China has taken under Xi Jinping certainly is cause for concern. We obviously have seen the actions that have taken place over the past few years, whether it’s the South China Sea, breaking international norms in terms of building these islands, what we have seen in Hong Kong, and now this assertiveness across the Taiwan Strait. It certainly has many of us alarmed in Congress in a nonpartisan way. This is not a democratic or republican issue; this is an issue that Congress takes very seriously.”

“While a decade ago, we may have hoped China would move toward more liberal and democratic norms, more open and free markets, a culture of entrepreneurship, etcetera, we’ve seen them go in a very different direction. At this juncture as members of Congress we don’t really have to guess what China’s intentions because again Xi Jinping has clearly outlined what his ambitions are.”

“I think again, sending a message, not just of competition and confrontation with China, but also sending a message of what are the rules and norms that will govern the 21st century, rules of democracy, of human rights, of free-market competition, of a rules-based order. Those are all things that are embodied in the island of Taiwan and those are things that the United States cares about, Japan cares about, Korea cares about; freedom of navigation, freedom of movement of goods and services. And again, China’s direction currently stands in opposition of all of that.”

“We are not suggesting that we change our One China Policy, but what we are suggesting is that Taiwan as an autonomous region, as a democracy is prized. One way from the private sector Taiwan is going to help the United States address some of our challenges with regards to the supply chains, you certainly see it in the semiconductor space and everyone is anxious for some of the Taiwanese investments that will be coming to the United States. But I think these are ways that the public and private sector can certainly strengthen the importance of the Taiwanese relationship with the United States.”

“I also think it is important that it is not just the US and Taiwan. I think as we start to look at the EU, as we start to look at other countries in the region, as we have conversations with Australia and New Zealand, China will always say “’well this is an anti-China Policy.’ And its not. It is a policy based on a certain set of core values that we share. Values of the principles of democracy, of freedom, of entrepreneurship, of the free market system, of the freedom of movement of goods and services. And I think that is what brings democrats and republicans together because again we have seen the direction China has gone which is very much in opposite of those values that we share.”

“I think we have to be at the table, I think we have to rebuild multilateral coalitions, again a partnership with the EU and others in the region, Australia, India, Japan, the Quad, and elsewhere, and I think we have to send a message that while we think the actions that happened in Hong Kong are egregious, Taiwan is not Hong Kong. Taiwan is an autonomously functioning body and Chinese aggression towards Taiwan would result in certainly a different response from the Western World.”

“In your opening remarks you touched on this dialogue that’s taking place of ‘strategic ambiguity’ versus ‘strategic clarity,’ I’ll often use the term ‘strategic deterrence.’ When I talk about strategic deterrence, really deterrence does not work without clarity. So, I do think working with our allies, working with our European allies, our allies in Japan, Australia and elsewhere, I think China needs to understand that were it to do a direct invasion or even…toward Taiwan, what the repercussions would be.”

“You hear the concern that the countries in the region have about China’s aggressiveness. We saw China’s actions in the South China Sea and there is concern that China make a miscalculation with regards to Taiwan and that is obviously an existential threat to Japan and certainly Korea has to worry about that. While they don’t necessarily want to get into the middle of a United States versus China battle, I think they do have real concerns about, let me use the term which I used earlier, the values that China is putting forth.”

“I think there is real legitimate concern about Chinese miscalculation with regards to Taiwan and the repercussions that could have in the region. I think that’s why its imperative to the United States along with our likeminded friends and allies and like-valued allies to send a strong message to China to deter China from taking unnecessary and what I think would be the wrong actions.”

“We ought to continue to build these coalitions of countries to further bring Taiwan into the fold of nations, and again, we’re not necessarily talking about a change to the One China Policy, but we are talking about a policy which has served the region very well in the past.”

Congressman Ami Bera has represented California’s 7th Congressional District in the U.S. House of Representatives since 2013. The 7th district is located just east of California’s capital city, Sacramento, and lies entirely within Sacramento County. Representative Bera is currently a member of the House Foreign Affairs Committee, where he serves as Chairman of the Subcommittee on Asia, the Pacific, Central Asia, and Nonproliferation. He is also a senior member on the House Committee on Science, Space, and Technology. Congressman Bera is also Vice Chair for Outreach for the New Democrat Coalition, a group of over 100 forward-thinking Democrats who are committed to pro-economic growth, pro-innovation, and fiscally responsible policies.

Min-Hua Chiang is a research fellow at the East Asian Institute (EAI), National University of Singapore. She obtained her PhD in economics from Université Pierre Mendès-France, now part of Université Grenoble Alpes, in France. Her research interests include Asia-Pacific regionalism, trade and investment, issues related to economic growth and development in East Asia. She is the author of two books: China-Taiwan Rapprochement: The Political Economy of Cross-Strait Relations (Routledge, 2016) and Post-Industrial Development in East Asia: Taiwan and South Korea in Comparison (Palgrave, 2018).

Raymond Kuo is an independent political scientist researching international security and East Asia. He authored two books this year: Contests of Initiative: Countering China’s Maritime Gray Zone Strategy (George Mason University-Westphalia Press) and Following the Leader: International Order, Alliance Strategies, and Emulation (Stanford University Press). Dr. Kuo’s other research has appeared in International Security, the Journal of Conflict Resolution, the National Interest, and the Diplomat, among others. He has previously worked for Fordham University, the University at Albany, SUNY, the United Nations, the National Democratic Institute, and the Democratic Progressive Party (Taiwan). Dr. Kuo holds a PhD and MA from Princeton University, an MSc from the London School of Economics, and a BA from Wesleyan University.

Shelley Rigger is the Brown Professor of Political Science at Davidson College. She is the author of Why Taiwan Matters: Small Island, Global Powerhouse, as well as two books on Taiwan’s domestic politics—Politics in Taiwan: Voting for Democracy and From Opposition to Power: Taiwan’s Democratic Progressive Party. Dr. Rigger has authored numerous articles on Taiwan’s domestic politics, the national identity issue in Taiwan-China relations, and related topics. She has a PhD from Harvard University and a BA from Princeton University. Her book The Tiger Leading the Dragon: How Taiwan Propelled China’s Economic Rise was published in June 2021.