Implications of DPRK Diplomacy for Taiwan


On June 19, 2018, NBR and Sigur Center for Asian Studies in George Washington University held a roundtable discussion on implications of DPRK diplomacy for Taiwan. Our speakers, Patrick M. Cronin, Tiffany Ma, Robert Sutter, shared their views on the changing political dynamics in Taiwan regarding the Trump-Kim Summit as well as the current U.S. administration’s policy toward the China-Taiwan relations.

Tiffany Ma is a senior director at BowerGroupAsia, where she manages BGA’s client relationships and engagements. She directs analysis and activities designed to advise Fortune 500 companies on public policy issues, regional geopolitics and stakeholder management. Prior to joining BGA, Tiffany was the senior director for political and security affairs at NBR in Washington, D.C., where she led major initiatives on geopolitical and international security affairs in the Asia-Pacific that regularly convened senior government officials and specialists from across the region. She began her career as a research associate at the Project 2049 Institute, an Asia security think tank based in Arlington, Virginia, and has also worked at the International Crisis Group in Beijing, the Center for Strategic and International Studies in Washington, and the Lowy Institute in Sydney.

Robert Sutter is Professor of Practice of International Affairs at the Elliott School of George Washington University beginning in 2011. He also serves as the school’s Director, Program of Bachelor of Arts in International Affairs. A Ph.D. graduate in History and East Asian Languages from Harvard University, he has published 20 books, over 200 articles and several hundred government reports dealing with contemporary East Asian and Pacific countries and their relations with the United States. Sutter’s government career (1968–2001) involved work on Asian and Pacific affairs and US foreign policy for the Congressional Research Service of the Library of Congress, the Central Intelligence Agency, the Department of State, and the Senate Foreign Relations Committee. 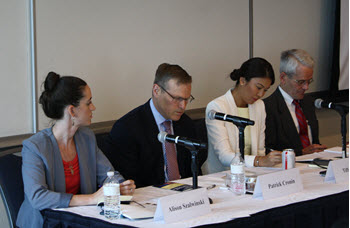 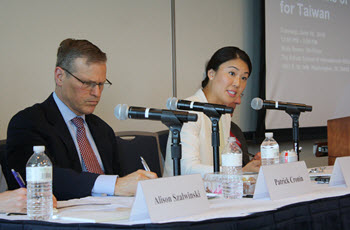