To mark the launch of the report “China’s Digital Ambitions: A Global Strategy to Supplant the Liberal Order,” on April 17, 2022, NBR and the Lau China Institute at King’s College London partnered for a joint event to discuss the critical issues raised in the report and the project’s findings. The session discussed China’s digital ambitions, the security implications of China’s growing digital influence, and what the United Kingdom and other likeminded partners can do to address these challenges. 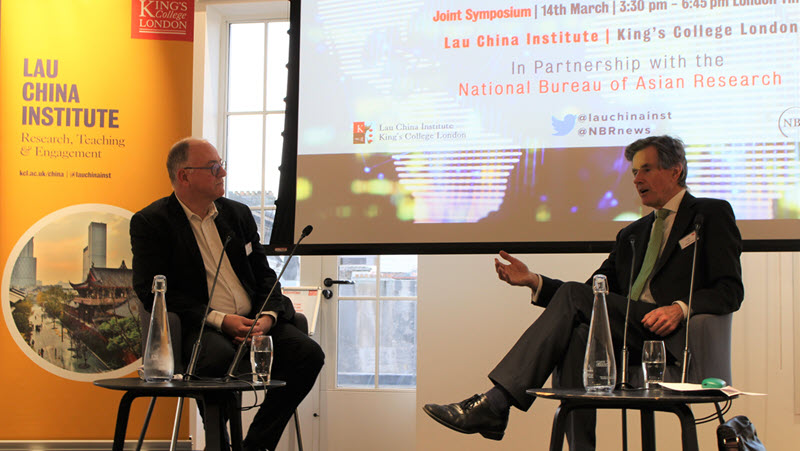 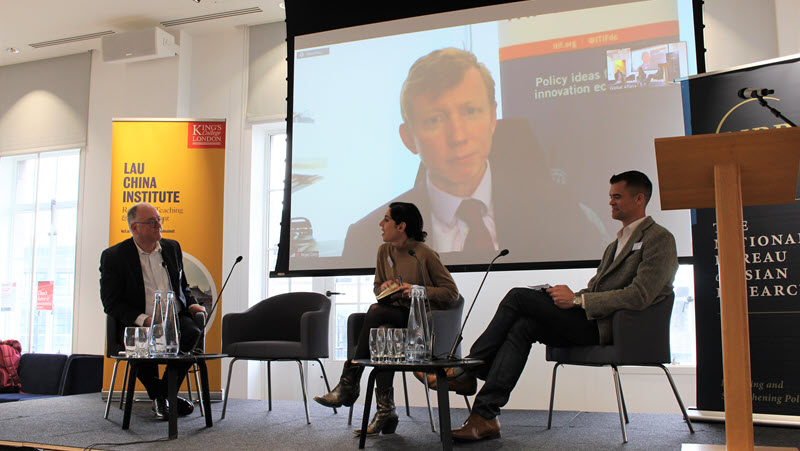 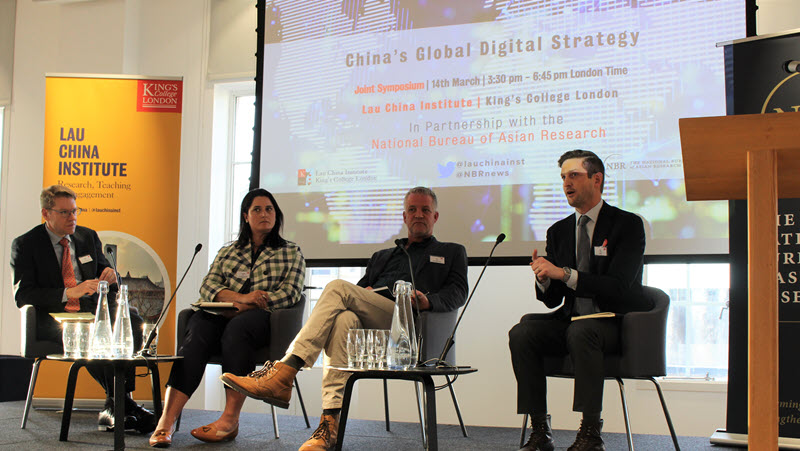 Sir John Sawers is Executive Chairman of Newbridge Advisory, a firm he founded in 2019 to advise corporate leaders on geopolitics and political risk. He is also a Non-Executive Director of BP. Sir John has 36 years of experience in diplomacy and intelligence, culminating in five years as Chief of the British Secret Intelligence Service (MI6) until he left public service in 2014. As MI6 Chief, he was a member of the UK National Security Council and the Joint Intelligence Committee, contributing to the strategies and policy decisions on how to promote and protect British interests around the World. He led the Service through a period of international political upheaval and high terrorist threat, including against the 2012 London Olympics. He also modernised the way the Service works and created a more open approach to public accountability. Prior to leading MI6 he was the UK’s Ambassador to the United Nations, Political Director of the Foreign Office, Special Representative in Iraq, Ambassador to Cairo and Foreign Policy Adviser to Prime Minister Tony Blair.

Kerry Brown is Professor of Chinese Studies and Director of the Lau China Institute at King’s College, London. He is an Associate of the Asia Pacific Programme at Chatham House, London, an adjunct of the Australia New Zealand School of Government in Melbourne, and the co-editor of the Journal of Current Chinese Affairs, run from the German Institute for Global Affairs in Hamburg. He is President-Elect of the Kent Archaeological Society and an Affiliate of the Mongolia and Inner Asia Studies Unit at Cambridge University.

Michael Wills is Executive Vice President at NBR. He manages all aspects of NBR’s financial and business operations, including program and business development and corporate strategic planning, and serves as secretary to the Board of Directors. He also oversees NBR’s Next Generation fellowship programs and corporate briefing series, helps lead the Strategic Asia program, and serves on the editorial advisory committee of the Asia Policy journal. Prior to his current position at NBR, he was vice president of strategy and finance (from 2016 to 2017), vice president of research and operations (from 2008 to 2015), and director of the Strategic Asia and Southeast Asia Studies Programs (from 2000 to 2007).

Nigel Cory is an Associate Director at the Information Technology and Innovation Foundation, where he focuses on cross-border data flows, data governance, intellectual property, and how they each relate to digital trade and the broader digital economy. He has provided in-person testimony and written submissions and has published reports and op-eds relating to these issues in the United States, the European Union, Australia, China, India, and New Zealand, among other countries and regions, and has completed research projects for international bodies such as the Asia Pacific Economic Cooperation and the World Trade Organization. He previously worked for eight years in Australia’s Department of Foreign Affairs and Trade.

Samantha Hoffman is a Senior Analyst at ASPI’s International Cyber Policy Centre. Her work explores the domestic and global implications of the Chinese Communist Party’s approach to state security. It offers new ways of thinking about understanding and responding to China’s pursuit of artificial intelligence and big data-enabled capabilities to augment political and social control. She holds a PhD in Politics and International Relations from the University of Nottingham. She has testified to numerous legislative bodies, including the U.S.-China Economic and Security Review Commission, the UK House of Commons Foreign Affairs Committee, and the EU Parliament China Delegation.

Tim Stevens is Senior Lecturer in Global Security at the Department of War Studies, King’s College London, and director of the KCL Cyber Security Research Group. His research focuses on the politics and geopolitics of cybersecurity and he is currently writing a book on the international political economy of cyber risk. Tim is a Fellow at the Research Institute for Sociotechnical Cyber Security (RISCS) and Senior Fellow at Conservatoire national des arts et métiers (Cnam), Paris.

Greg Levesque is the Co-founder and CEO of Strider, charting and executing the company’s strategic vision. As a leading expert on economic statecraft, Greg has testified before the U.S.–China Security and Economic Review Commission and has worked actively with U.S. and European Governments and Fortune 500 companies to identify, assess, and respond to the risks of nation-state sponsored commercial activity. Greg has worked with the National Security Council, Department of Defense, and U.S. Trade Representative’s Office on issues of economic statecraft, grand strategy, and countering of foreign interference in commercial activity. Greg holds a M.A. in Security Studies from Georgetown University and a BS in Economics from Utah State University. He is fluent in Mandarin Chinese.