The Role of I Corps and the U.S. Army


On March 18, 2013, the Slade Gorton Policy Center at NBR hosted a roundtable discussion on the role of the U.S. Army and I Corps in the strategic rebalancing to the Asia-Pacific featuring Robert Brown, Commanding General, I Corps Joint Base Lewis-McChord. The discussion was moderated by former U.S. Senator Slade Gorton.

General Brown focused his remarks on the importance of the army’s “prevent–shape–win” philosophy, the need for continued relationship building with Asian countries, and the necessity for “whole of government” solutions to future problems. 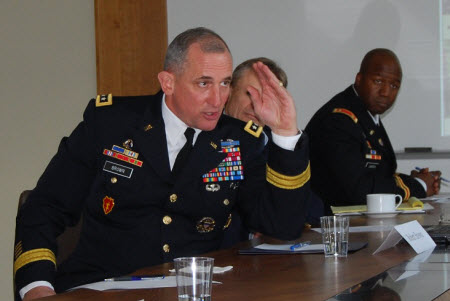