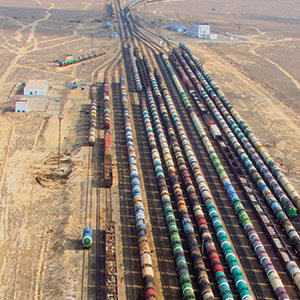 Russia possesses enormous oil, gas, and coal reserves and also neighbors some of the world’s largest energy importers. Japan, China, and South Korea, among other Asian energy importers, have long sought greater access to these immense resources. Russia could significantly reduce these countries’ heavy dependence on imports from the Middle East and sea lanes that pass through the contested waters of East Asia.

While the results of prior efforts to strengthen Russia-Asia energy ties have been modest, this dynamic has begun to shift in ways that are creating opportunities for deepening ties and expanding trade. Shifts in Russia’s energy industry are opening new avenues for investment in energy projects, and Russia’s role in Northeast Asia and elsewhere in the region has been quietly growing. The country’s rising energy presence in Asia is now contributing to closer Sino-Russian strategic alignment and is increasingly undermining the effectiveness of Western sanctions. This trend has important implications for energy security and the broader strategic outlook for the United States and Asia that are not yet well understood by senior U.S. policymakers.

With these concerns in mind, the 2018 Energy Security Workshop examined:

Kindly note that the Energy Security Workshop is held under Chatham House Rule.