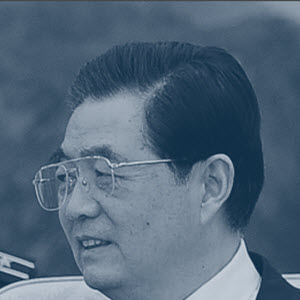 Assessing the People's Liberation Army in the Hu Jintao Era

Assessing the People’s Liberation Army in the Hu Jintao Era

The conference examined the key trends of PLA modernization during the Hu Jintao leadership period, from 2002 to 2012. Discussion topics spanned a wide range of domains: from strategic concepts and tactics, to advancements in hardware and organizational structure designed to enable the PLA to increase service jointness and “fight modern wars under conditions of informatization,” to the changing nature of civil-military relations, and the growing role of the PLA within the international community.

This assessment of PLA advancements of the past decade offers critical insights into the future trajectory of military development after the Chinese Communist Party’s once-in-a-decade transfer of power to Xi Jinping.

The release event for Assessing the People’s Liberation Army in the Hu Jintao Era was held on September 9, 2014 at the U.S. Capitol Visitor Center. Congressman Rick Larsen (WA-02), co-chair of the bipartisan U.S.-China Working Group (USCWG) and member of the House Armed Services Committee provided the keynote address. In his remarks, Representative Larsen emphasized the importance of continued engagement between China and the United States, including at various levels of government, with business, and with military-to-military relations.

Moderator Roy Kamphausen opened the discussion by noting the volume’s three key findings about the PLA during the Hu era: the importance of the complete, on schedule handover of the reins of power, including leadership of the PLA, from Hu to Xi Jinping; the formation and articulation of the PLA’s “New Historic Missions”; and the commissioning and deployment of China’s first ever aircraft carrier. These key developments helped to ensure Hu Jintao’s stamp on the PLA would continue into China’s next era of military modernization.

Volume author Daniel Hartnett, analyst at CNA Corporation, expanded on the theme of looking back in order to look forward by examining the components of the “new historic missions,” the goals they sought to achieve, and their influence moving forward. He emphasized that changes initiated by the historic missions help explain current PLA behavior, and that it is important to remain attuned to similarly critical changes under Xi that may have an impact in institutionally, organizationally, and technologically influencing PLA modernization in years to come.

Another component of China’s military modernization which made great strides under Hu was the development of more advanced nuclear and conventional missile capabilities under the PLA’s Second Artillery Force. RAND Corporation’s Michael S. Chase discussed the key developments made during the Hu administration in expanding both conventional capabilities and nuclear missile force. Chase pointed out that this increased focus on growing China’s conventional and nuclear missile capabilities is likely to continue under Xi, indicated by ongoing work on new systems such as a multiple independently targeted re-entry vehicle (MIRV) road-mobile ICBM.

In addition, Joe McReynolds from the Defense Group Inc., emphasized the importance of China’s national “informatization” efforts, particularly the intersection and integration of the civilian and military informatization efforts under Hu. As a critical component of almost every facet of the PLA’s modernization, informatization, or attempting to gather, processes, and utilize information, was, and remains, important for understanding the goals, strengths and weaknesses of the PLA.

Finally, Defense Group Inc.’s Kenneth Allen undertook a sweeping review of the major trends in PLA foreign relations under three decades of Chinese leadership, from Jiang Zemin, to Hu Jintao to Xi Jinping. Allen argued that China has employed military diplomacy to enhance China’s “soft power” abroad, including through different levels of partnerships and dialogues, by participating in United Nation’s Peacekeeping Operations and military operations other than war (MOOTW), and through combined military exercises. He explained that China’s military relations with other regions and individual countries are generally subordinated to greater diplomatic and trade relations and asserted that while the military’s transparency has made some improvements, many areas remain very opaque.

The views expressed at this event and summarized herein are the speakers’ own and do not necessarily represent the views of their respective organizations, past or present. 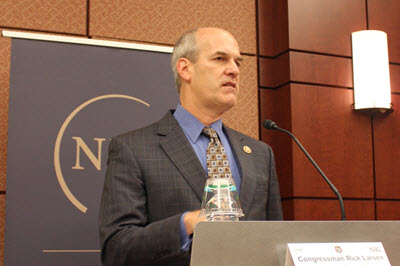 Representative Rick Larsen delivers his keynote address on the importance of U.S.-China engagement. 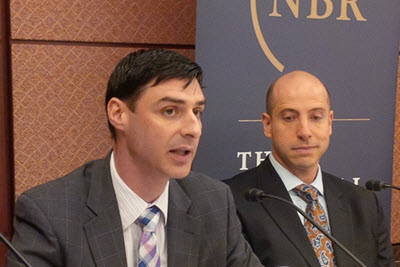 Daniel Hartnett (CNA Corporation) and Michael Chase (RAND Corporation) explain the key developments made during the Hu Jintao administration with the promulgation of the “new historic missions” and the advancement of PLA missile capabilities. 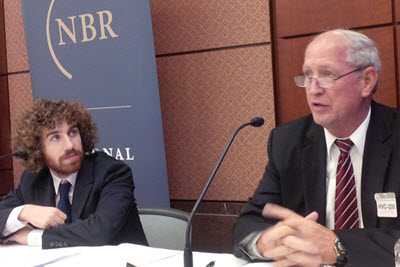