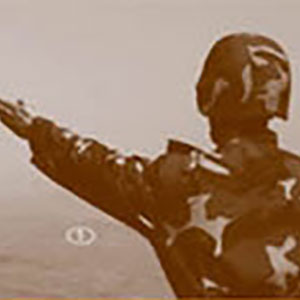 
NBR partnered with the Strategic Studies Institute of the U.S. Army War College for a fourth year and with the George H.W. Bush School of Government and Public Service at Texas A&M University for the second year to convene the 20th annual People’s Liberation Army (PLA) Conference in Carlisle, PA, on September 25–27, 2009.

Key findings from the book include:

The National Bureau of Asian Research, the Strategic Studies Institute of the U.S. Army War College, and the George H.W. Bush School of Government and Public Service at Texas A&M University unveiled the research findings from The PLA at Home and Abroad: Assessing the Operational Capabilities of China’s Military at a book discussion held at the U.S. Capitol Visitors Center in Washington, D.C., on July 13, 2010. Ambassador Ryan Crocker, Gen. Patrick Hughes (retired), and Prof. Doug Lovelace joined the editors of the volume for an in-depth discussion on Chinese military modernization, based upon the findings of the volume.

The book discussion also included a special memorial to Ambassador James Lilley, who founded the annual PLA Conference and to whom this volume is dedicated. This remembrance was given by his successor as Ambassador to Beijing, Ambassador Stapleton Roy. Excerpts of his remarks can be found below.

When China was an enemy, Jim was in the frontlines of the struggle to contain China and to advance U.S. interests. But when the opportunity to improve relations with China arose, Jim was again in the forefront of those eager to serve in our liaison office in China, where he gained the admiration and deepened his friendship with a former president of the United States. Later, as the United States Ambassador in China, Jim performed with distinction in managing superbly an extraordinarily difficult period in the relationship.

In launching this series of conferences on the People’s Liberation Army twenty-one years ago, he was characteristically showing his understanding of the importance of furthering our knowledge of the Chinese military establishment, and this was at a time when the Chinese military budget was low, flat, and not increasing at the rapid rate that we have seen in recent years. He was a firm believer in the wisdom of the old Chinese adage that to be victorious, you must know yourself, and you must know the other side. We can all draw inspiration from his example. This report on the PLA, and the conference series that produced it, are lasting tributes to his memory.

… we continue to have ambassadors and intelligence officers of the caliber of Jim Lilley, we can manage our relations with China so that combat will not be necessary. But if it becomes necessary, we will be well prepared for it. That, I think is a legacy of which Jim would be proud, and to which he devoted his entire life.