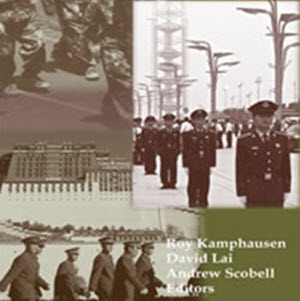 Beyond the Strait PLA Missions Other Than Taiwan

Conference participants sought to look beyond the PLA’s primary focus on Taiwan in order to explore China’s other military missions and objectives, including disaster and humanitarian relief, United Nations peacekeeping operations (UNPKO), counterterrorism and border defense, and outer space and cyberspace security.

The conference’s primary objectives were to examine the interplay between China’s armed forces and its increasingly complex foreign policy and international security environment in order to understand the requirements of several emerging PLA missions, and to consider how these specific interactions affect policy toward the wider Asia-Pacific region.