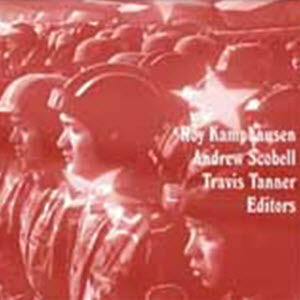 The "People" in the PLA Recruitment, Training, and Education in China's Military

The ‘People’ in the PLA: Recruitment, Training, and Education in China’s 80-year old Military


As the Chinese military’s force structure becomes more complex, the human elements of China’s military—officer training, education, and mobilization—have become increasingly important. Only by evaluating the military’s human capital in addition to its technology and equipment is it possible to assess the impact that People’s Liberation Army (PLA) forces will have on China’s future.

From September 28–30, 2007, NBR and the Strategic Studies Institute (SSI) at the Army War College co-sponsored the 18th annual PLA Conference at Carlisle Barracks, Pennsylvania. This year’s conference, entitled “The ‘People’ in the PLA: Recruitment, Training, and Education in China’s 80-year old Military,” gathered together a group of the world’s leading PLA scholars, analysts, and policy practitioners to investigate the PLA’s human infrastructure.

The discussion identified current and historical trends in PLA recruitment, education and training, and demographics. Conference participants also analyzed the types of officers that the PLA is presently grooming and assessed how the military’s personnel is changing to meet the needs of a force able to, in the words of China’s president, Hu Jintao, “win local wars under informationized conditions.” A report from the conference is available on NBR’s website, and key findings from the conference were shared with policymakers in Washington, D.C.