We are pleased to announce the 2021–22 Clean EDGE Asia Fellows. The year-long nonresident program will support the professional development of the five fellows, who will participate in discussions with policymakers, conduct research, and author publications. After completing the program, these fellows will continue their work with the experience they have gained on a range of energy market and policy issues—including technical, economic, legal, and regulatory concepts that can advance domestic and regional goals for energy security. 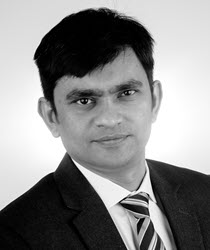 Shafiqul Alam is a senior advisor at GIZ. He has more than a decade of experience in the energy and climate change sectors of Bangladesh. As a senior advisor at GIZ, he contributes to energy efficiency and renewable energy project implementation, sectoral capacity assessment, and policy development. Prior to this, he implemented award-winning climate change mitigation projects under the Clean Development Mechanism and concluded the signing of several multi-million-dollar technical assistance grants and carbon finance agreements between private sector and multilateral development banks. In 2018, he received a fellowship from the Alexander von Humboldt Foundation, Germany, to conduct a study on the role of market-based instruments for climate change mitigation in Bangladesh. He is an engineer by training and possesses a master’s in environmental economics and an MBA in finance. With the present fellowship, Mr. Alam intends to enhance his capacity on energy policymaking, draw lessons from the region, and build a strong network with experts for future collaboration. 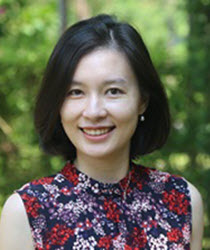 Nguyen Linh Dan is a lecturer at the Department of Industrial Economics, formerly Energy Economics, under Hanoi University of Science and Technology (HUST). Before joining HUST in late 2020, she spent four years at the Asia Pacific Energy Research Centre (APERC), a research institution for the APEC Energy Working Group based in Tokyo. She was part of the renewable energy team, involved in energy demand and supply projection, bioenergy, and low-carbon policy research. She was also the project coordinator for the Low Carbon Model Town of the APEC region and a representative of APERC at the APEC Expert Group on New and Renewable Energy. In 2008, she served as a project appraisal specialist at the Viet Nam Environmental Protection Fund for a year. Dr. Nguyen graduated with a bachelor’s degree from the National Economics University, majoring in environmental economics and management. She received a master’s degree and then a PhD in sustainability science from the University of Tokyo. Her research interests include cost-benefit analysis, energy planning, and sustainable development management. Born in Hanoi, Dr. Nguyen is a native speaker of Vietnamese, as well as fluent in English and using Japanese independently. Living in Japan for eleven years, she considers the country her second home. 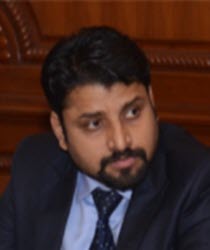 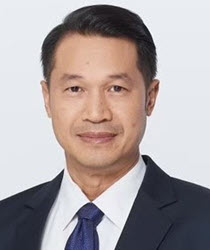 Twarath Sutabutr is a senior leader at Thailand’s Ministry of Energy with experience in a wide range of public policy, including macro-energy economics and transition, climate change scenarios, job creation through promotion of renewable energy, and international cooperation. He serves as the head of Thailand’s team in many bilateral and multilateral frameworks. Recently, he had the honor of being nominated to serve as a member of the Governing Board of the Renewable Energy and Energy Efficiency Partnership, an international organization promoting clean energy transition based in Vienna. Dr. Sutabutr also received an honorary doctorate degree in 2019 from the Maejo University, recognizing his work with grassroot-communities on job creation by utilizing appropriate renewable energy technologies at a local level. His knowledge and experience are further enhanced from overseas training through both online and on-campus executive programs such as the Advance Management Program at INSEAD, Stanford–National University Singapore Executive Program in International Business, Infrastructure in a Market Economy at Harvard University, and Sustainable Finance by the University of Cambridge Institute for Sustainability Leadership. Dr. Sutabutr earned his doctoral of science in civil and environmental engineering from the Massachusetts Institute of Technology (MIT), a master of engineering (soil mechanics) from the Asian Institute of Technology and a bachelor of engineering (civil) from Chulalongkorn University. 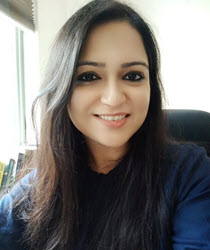 Niharika Tagotra is a nuclear physicist and currently a doctoral candidate in international politics at the School of International Studies, Jawaharlal Nehru University (JNU), New Delhi. She is concurrently working as a senior research specialist for the World Resources Institute in India. Prior to enrolling in a doctorate program, Ms. Tagotra completed her master in philosophy from Jawaharlal Nehru University (JNU), New Delhi, in international politics. She also has a master of technology in nuclear science and technology from the University of Delhi and a master of science in nuclear plant design from the University of Paris. During her master’s course, she interned at the Indira Gandhi Centre for Atomic Research in Kalapakkam, working on the indigenously developed Fast Breeder Reactor technology. Ms. Tagotra has also worked with the Atomic Energy Commission of France, Cadarache, as a project assistant on sodium-cooled fast reactor core technology. 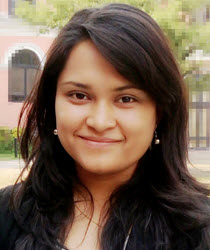 Mandira Adhikari has been working as a mechanical engineer in the Power Trade Department of Nepal Electricity Authority since 2014. Her major task is to facilitate the signing of power purchase agreements with independent power producers (IPPs) and to monitor IPPs’ hydropower projects under construction to check for standard/legal/contractual compliances. Prior to this, she worked on the Nepal Energy Efficiency Programme with the German Corporation for International Cooperation (GmbH), where she gained experiences on energy efficiency in grid-connected and rural households. Her interests in energy sector mostly stemmed from having witnessed an ongoing paradigm shift in the Nepalese power sector, which includes major policy changes, unbundling of the power sector, and initiation of power markets. Ms. Adhikari earned an MSc in mechanical systems design and engineering from Tribhuvan University and an MBA from Pokhara University. 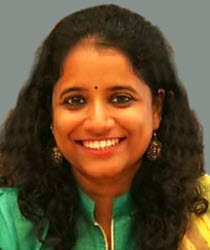 Astha Gupta has worked in India’s renewable energy sector for seven years. She is currently a consultant for the International Energy Agency as the lead country analyst and coordinator for India, a role in which she focuses on clean energy transitions in emerging economies. Prior to this, Ms. Gupta worked at The Energy Resources Institute (TERI), where she focused on renewable energy policy research, decentralized clean energy solutions, and assessment of bioenergy potential for industrial applications. Her experience related to energy access encompasses electrification in India and the review of government energy policy and initiatives. During her tenure at TERI, she was responsible for coordinating the Indian Technical and Economic Cooperation (ITEC) training program on “Renewable Energy and Energy Efficiency” for the government officials representing countries in Asia and Africa. Ms. Gupta completed a master’s degree in renewable energy engineering and management in 2013 from TERI School of Advanced Studies in New Delhi. 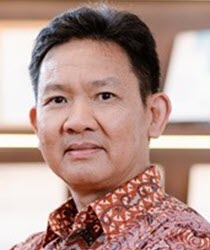 Han Phoumin serves as a senior energy economist at the Economic Research Institute for ASEAN and East Asia. He has worked at various international and intergovernmental organizations and multidisciplinary research consortiums related to energy markets and technologies, environment, integrated water resource management, governance, and economic development. Much of his career in the past twelve years has revolved around the power sector, especially in the areas of electricity market integration, waste to energy, sustainable hydropower development, renewable energy policy research, energy efficiency and conservation, clean coal technology, energy security, and energy demand and supply forecasting. Dr. Han earned his PhD in economic development and policies from Kobe University, where he also specialized in applied econometrics. 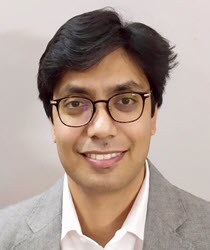 Mirza Sadaqat Huda is a postdoctoral research fellow at the OSCE Academy in Bishkek, Kyrgyzstan. He is also a nonresident fellow at Energy Peace Partners in California. Currently, he is studying the energy-related investments of China’s Belt and Road Initiative, the development of renewable energy in South Asia, and global climate governance. He has engaged in multiple projects on energy and regional integration at the University of Queensland, Nanyang Technological University, and Griffith University. Dr. Huda’s analysis on energy integration and natural resource governance in Asia has been published in Energy Policy, Geoforum, Water International, and Energy Research & Social Science. He regularly contributes op-eds to the Policy Forum, the East Asia Forum, and the Australian Institute of International Affairs. He is the author of Energy Cooperation in South Asia: Utilizing Natural Resources for Peace and Sustainable Development. Dr. Huda earned a PhD from the Sustainable Minerals Institute of the University of Queensland and master’s and bachelor’s degrees from Macquarie University and the University of Canberra, respectively. 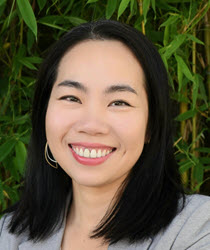 Huong Le Thu is a senior analyst in the Defence and Strategy Program at the Australian Strategic Policy Institute (ASPI). Her research addresses Southeast Asia’s relations with the great powers and is interested in the connection between energy and national security. Among Dr. Le Thu’s current projects is an assessment of the drivers of strategic competition among China, Japan, and the United States to shape energy security and infrastructure development in the Mekong subregion. Prior to joining ASPI, she worked at the Coral Bell School of Asia Pacific Affairs in Australia, the Institute of Southeast Asian Studies in Singapore, and the Institute of International Relations in Taiwan, as well as at intergovernmental organizations. Dr. Le Thu was among the inaugural IISS Shangri-La Young Leaders in 2016 and was recognized as one of the “40 under 40 most influential Asian Australians” in 2019. She has published with the Pacific Review, Oxford University Press, Cambridge University Press, Asia Policy, Financial Times, Nikkei Asian Review, Global Asia, Straits Times, Japan Times, Taipei Times, and Australian Financial Review, among others. Dr. Le Thu speaks five languages and has published in four of them. Dr. Le Thu received her PhD from the National Cheching University, Taiwan.