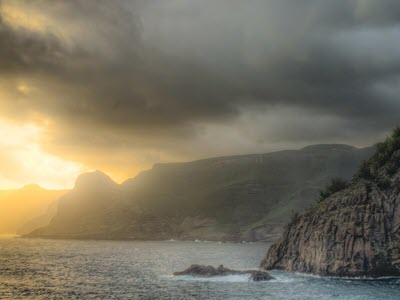 In the wake of the Covid-19 outbreak, Ann Marie Murphy (Seton Hall University) foresees an acceleration of pre-pandemic trends in Southeast Asia that are already boosting Chinese influence and limiting the strategic options of regional states.

As countries begin to reopen during the Covid-19 pandemic, strategic analysts are debating its impact on the future of geopolitics. Some contend that the pandemic could reshape the global order, accelerating China’s rise to international leadership while hastening the decline of the United States. Others argue that predictions of China’s emergence as the world’s dominant power are overblown, with some even contending that the pandemic could trigger the downfall of the current leadership. Still others predict that the pandemic will accelerate history by reinforcing current trends. In Southeast Asia, Covid-19 is likely to accelerate existing trends such as China’s ascendency, the waning of U.S. leadership, and the intensification of Sino-U.S. rivalry that narrow the strategic options of regional states and could trigger strategic adjustments that favor China.

Southeast Asia has become a critical locus of competition as Sino-U.S. rivalry has escalated under Presidents Xi Jinping and Donald Trump. Abandoning Deng Xiaoping’s “hide your strength and bide your time” dictum, Xi has asserted Chinese interests more forcefully. China has claimed over 90% of the South China Sea and built and militarized artificial islands that enable it to project power deep into Southeast Asia. Xi’s ambitious Belt and Road Initiative (BRI) aims to expand overland and maritime infrastructure, recreating “silk roads” that will orient international economic activity toward China. And Beijing is advocating a Chinese model of centralized authoritarian governance as superior to the American model for promoting economic and social development among developing countries.

“…the new normal in Southeast Asia may well resemble the​ region’s recent past. The pandemic appears to be​ accelerating China’s ascent, hastening U.S. decline,​ escalating Sino-U.S. tensions, and narrowing the ​strategic options…”

Although Southeast Asian states have grown increasingly wary of China, the Trump administration’s jettisoning of its predecessor’s rebalance strategy in favor of an America-first policy has intensified concerns about the U.S. commitment to the region. Southeast Asian countries welcomed the rebalance because it demonstrated the United States’ willingness to play its traditional offshore balancing role, strengthened economic cooperation, and enhanced the centrality of the Association of Southeast Asian Nations (ASEAN). Trump’s America-first policy has had the opposite effect. Its transactional approach to allies and partners has reduced Southeast Asian faith in the United States as a security guarantor. At the same time, the administration’s withdrawal from the Trans-Pacific Partnership dealt a blow to economic reformers, and its unilateral declaration of a trade war with China disrupted global supply chains that are critically important to Southeast Asia’s trade-dependent economies. Countries like Vietnam that have been targets of China’s maritime aggression welcomed the administration’s stronger stance against China. But no Southeast Asian country welcomed the ratcheting up of Sino-U.S. competition, the heightened pressure to choose sides, and the attendant narrowing of their strategic options.

A survey of Southeast Asian elites released by the ASEAN Studies Centre at the ISEAS–Yusof Ishak Institute in early 2020, just as the pandemic hit, illustrates these trends. Of those surveyed, 85% expressed concern about China’s regional ambitions, while 47% had little or no confidence in the United States as a strategic partner. In a dramatic change, 52% of respondents viewed China as the region’s most influential political and strategic actor, in contrast to only 26% for the United States. Before Covid-19, therefore, the dominant perceptions in Southeast Asia were of an ascendant but threatening China and a declining and unreliable United States. Events since the onset of the pandemic have largely reinforced these trends.

A comparison between the Chinese and U.S. responses bolsters Beijing’s argument that the Chinese model of authoritarian governance is superior to the American model. No one doubts that China’s initial cover-up and slow response allowed the virus to spread. But once Beijing did respond, it marshalled a centralized, whole-of-government strategy that successfully contained the virus and bought time for other countries to prepare. By contrast, the chaotic U.S. response by the federal government failed to formulate a national policy or effectively marshal resources. In Southeast Asia, where citizens rank government effectiveness a more important source of regime legitimacy then democratic values, China’s Covid-19 response was viewed much more favorably than the U.S. response.

As China recovered from the first wave of the pandemic, it embarked on a quest to position itself as a global health leader by dispatching Chinese medical personnel and supplies across the world. China’s “mask diplomacy” has generated pushback in places like Malaysia where testing kits were deemed unreliable. But other Southeast Asian countries like Indonesia and the Philippines have welcomed Chinese medical assistance, even as they recognize that its provision—accompanied by welcoming ceremonies and press conferences—is part of a public relations effort to bolster China’s image.

Rather than lead a global pandemic effort in partnership with the World Health Organization (WHO), the Trump administration blamed the organization for mismanaging its Covid-19 response, accused it of being China’s puppet, halted funding, and subsequently threatened to leave the WHO. Southeast Asian governments who rely on WHO expertise and resources for many health issues were incredulous that the United States would halt funding during a pandemic. Southeast Asian states were already losing faith in the United States as a provider of international public goods before Covid-19, and Washington’s failure to play a leading role in multilateral efforts to combat the virus has reinforced this trend.

Crises create opportunities, and with global attention focused on the pandemic China has asserted its security interests in the South China Sea. In early April, a Chinese warship aimed weapons at a Philippine naval vessel, and a Chinese coast guard ship sank a Vietnamese fishing boat. Later that month, China unilaterally announced the establishment of two new administrative districts for the disputed Paracel and Spratly island chains. Vietnam and the Philippines lodged protests, but experts predict China will increase resources around the islands. China’s recent actions expand its control over the South China Sea at the expense of Southeast Asian states.

China has likewise used past economic crises as opportunities to enhance its international position, and the global recession caused by the pandemic could be no different. Even before Covid-19, China was Southeast Asia’s largest trading partner and source of infrastructure investment and tourists, who are critical to countries like Thailand and Cambodia, where tourism accounts for 12% and 30% of GDP, respectively. By contrast, the United States withdrew Thailand’s Generalized System of Preferences privileges, removed Indonesia’s developing country status, and placed Singapore, Vietnam, and Malaysia on a watchlist of currency manipulators. According to the survey by the ASEAN Centre, approximately 80% of Southeast Asian elites view China as the region’s most important economic actor, compared to only 8% for the United States.

China’s decision not to make an economic growth target for 2020 illustrates the country’s concerns about the fragility of its own economic recovery. Although a strong private-sector recovery in the United States would spur growth in Southeast Asia, even in such a scenario it is difficult to envision Washington taking actions that would change Southeast Asian countries’ perceptions that China, not the United States, is more important to their economic future.

Predicting geopolitical trends is risky, but the new normal in Southeast Asia may well resemble the region’s recent past. The pandemic appears to be accelerating China’s ascent, hastening U.S. decline, escalating Sino-U.S. tensions, and narrowing the strategic options for Southeast Asia’s small and middle powers. Except for Cambodia, where Prime Minister Hun Sen has used the pandemic to cement his alignment with China, no Southeast Asian country wants to make a binary choice between the United States and China. Unable to rely on the United States and unwilling to rely on China to provide public goods, Southeast Asian countries are seeking to enhance their strategic autonomy through ASEAN and cooperation with the Indo-Pacific’s middle powers.

Vietnam, the organization’s 2020 chair, had hoped to forge a consensus among member states to take a collective stand against China’s maritime assertiveness. Covid-19, however, has highlighted ASEAN’s weakness. ASEAN is less a structured organization than a mechanism for diplomatic cooperation that relies heavily on personal interaction for results. By forcing meetings to occur virtually, Covid-19 has negatively affected ASEAN’s deal-making capacity. In recent years, ASEAN has witnessed a growing strategic divergence between its maritime members that push the organization for a collective response against China’s coercive behavior and its mainland members that are reluctant to pay the economic cost of confronting China. The fallout from the pandemic exacerbates this trend, thus rendering ASEAN less effective in upholding international principles.

No coalition of middle powers can counter China’s maritime aggression in the South China Sea. The United States responded to China’s coercion during the pandemic with a massive show of force, deploying three aircraft carriers to the region. Well before the pandemic, there was a perception that U.S. policy toward the South China Sea was overly reliant on military force and a growing recognition of a divergence of interests between the United States and Southeast Asia. Freedom of navigation is the most important U.S. interest in Southeast Asia, and the United States asserts its right to “fly, sail, and operate” anywhere that international law allows through freedom of navigation operations. Such operations, however, have done little to protect Southeast Asia’s territorial and resource interests, while risking military confrontation.

Southeast Asian countries would welcome U.S. leadership for a multilateral, multifaceted strategy toward the South China Sea. China’s coercive behavior, therefore, creates an opportunity for the United States, but whether Washington can seize it remains to be seen. Southeast Asian states are finding it increasingly difficult to hedge their bets, and even formal allies like Thailand and the Philippines have moved closer to China. In the absence of renewed U.S. leadership, the fallout from the Covid-19 pandemic is likely to trigger strategic adjustments that favor China in regional countries, with the exception of Vietnam.

Ann Marie Murphy is professor and director of the Center for Emerging Powers and Transnational Trends in the School of Diplomacy and International Relation at Seton Hall University. She is also a senior research scholar in the Weatherhead East Asian Institute at Columbia University, a founding partner of the New York Southeast Asia Network, and a 2019–2020 ASEAN Research Program Fulbright scholar. 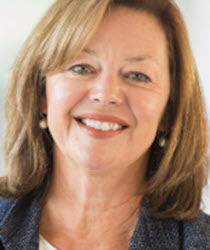