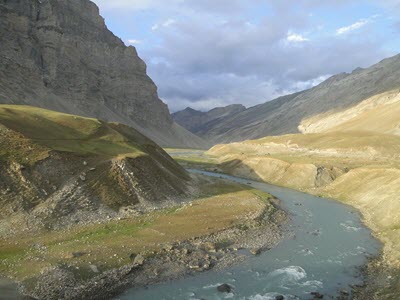 Nowhere is the relationship between India and Pakistan more contentious than in the disputed region of Jammu and Kashmir. Complicating this dispute is the fact that the Indus River Basin, which is critical for the livelihood of nearly three-fourths of Pakistan’s population, flows through Indian-controlled territory. The dispute over control of various portions of the Indus River and its tributaries was formally arbitrated by the World Bank and resolved with the Indus Waters Treaty of 1960–to which India and Pakistan are both signatories. However, Pakistan has asserted that recent hydroelectric damming projects undertaken by India in Jammu and Kashmir violate the treaty. To better understand this issue, Mary Hamilton, an intern for the John M. Shalikashvili Chair in National Security Studies and research programs at NBR, interviewed Christopher Snedden.

What is the Kashmir water crisis?

The Kashmir water crisis is an ongoing dispute between India and Pakistan over the use of three rivers—the Indus, the Chenab, and the Jhelum—that flow through the disputed region of Jammu and Kashmir and into Punjab, the fertile geographic and cultural region located in northern India and eastern Pakistan. The name “Punjab” comes from the Persian words punj (five) and ab (waters). The region is thus defined by the five tributary rivers of the Indus River (the Jhelum, Chenab, Ravi, Sutlej, and Beas) that flow through it, collectively called the “Indus waters.” In 1960, India and Pakistan, with the assistance of the World Bank, agreed on the Indus Waters Treaty. Without much consideration of efficiency, three of the rivers—the Beas, Ravi, and Sutlej—were given to India, and the other three rivers—the Indus, Chenab, and Jhelum—were essentially given to Pakistan.

Despite this agreement, Pakistan still feels vulnerable because the three rivers it received in the treaty first flow through areas of Jammu and Kashmir that are controlled by India. Pakistan has protested against certain Indian activities on these rivers, including the construction of dams for water storage and hydroelectricity, because it believes that these activities will prevent water from reaching its agricultural areas farther south. As a downstream riparian nation, Pakistan worries that in the event of a military conflict India could cut off its water supply, as New Delhi did in 1948 and 1949, or even attempt to flood Pakistan by releasing water from the dams.

What is the political origin of the water dispute?

The conflict over Jammu and Kashmir and its associated rivers goes back to the dissolution of the British Indian Empire in 1947. Britain controlled two-thirds of that empire itself and partitioned those areas into either India or Pakistan, based on religion. The other one-third of the empire comprised around 565 princely states, roughly 120 of which, being sufficiently large and influential, had to decide whether they would join India or Pakistan. The ruler of Jammu and Kashmir, the largest of these princely states, delayed acceding, hoping to secure independence instead. This former princely state remains disputed today, complicating the control of three of the major rivers that contribute to the fertile (Pakistani) Punjab region: the Indus, Chenab, and Jhelum. These three rivers, which India controls upstream, all flow through the disputed areas.

What are the stakes?

The major stake is water security in India and Pakistan. Roughly 65% of Pakistan’s territory is dependent on the water that comes down through the Indus. The Indus Basin is the world’s largest irrigation system at 21.2 million hectares. Concurrently, Pakistan is considered to be “extremely high-stressed” in terms of water security, with under 1,000 cubic meters of water available per person per year. India is “high-stressed,” with under 1,700 cubic meters per person per year. So both countries have water issues. India, however, has far more options available to deal with its limited supply. As a much larger country with many rivers, it can redistribute water from its northeast—which includes some of the wettest areas of the world—to other parts of the country through a system of interlinking canals. Pakistan, being smaller and having less water, has very few options.

What are some of the disputed water projects?

The hydroelectric projects that Pakistan has disputed include the Kishanganga Hydroelectric Plant and the Baglihar Dam. In the case of the Kishanganga, India planned to divert water from the Kishanganga River before it traveled into Pakistan-controlled Azad Kashmir, where the river is called the Neelum River. The water was intended to flow through a massive tunnel running around twenty miles down to the Jhelum River, generating hydroelectricity along the way. Eventually the International Court of Arbitration ruled in India’s favor on the project because the country was not removing any water from the river, only diverting it.

The fact of the matter is that Pakistan was planning to use the water for a similar purpose downstream, but can no longer do so on the same scale because the water flow has been significantly reduced by India. Pakistan also has a scheme to build a dam (Bhasha) on the Indus, both for water storage and to generate hydroelectricity. In a clever arrangement, the Pakistani government plans to build the headworks in Khyber Pakhtunkhwa and store the water in Gilgit-Baltistan. Khyber Pakhtunkhwa is Pakistani territory, while Gilgit-Baltistan is controlled by Pakistan as part of the Kashmir dispute. This approach would give Pakistan control over both water storage and flow.

Who are the major players in the two countries?

Further complicating the water dispute between India and Pakistan are the terrorist groups that operate in the Kashmir Valley. There are essentially three major groups: Hizbul Mujahideen, Lashkar-e-Taiba, and Jaish-e-Mohammed. Hizbul Mujahideen is considered to be the local militant group—local in the sense that many of its members are actually Kashmiris. Lashkar-e-Taiba and Jaish-e-Mohammed are supposed to have come out of Pakistan as part of a proxy war that Pakistan is waging against India. After the 1971 war between the two countries, Pakistan talked about “death by a thousand cuts”—that Pakistan would try to weaken India in any way it could—and so people crossed into Indian Jammu and Kashmir over the Line of Control from Pakistan-controlled Azad Kashmir, or they went up to Afghanistan for training.

These militants were armed, trained, financed, and assisted in returning to the Kashmir Valley by elements within the Pakistan Army’s Inter-Services Intelligence Directorate. The first international terrorist incident after September 11 actually occurred when Jaish-e-Mohammed elements attacked the Legislative Assembly in India-controlled Srinagar in October 2001. Such militants are still operating in Indian Jammu and Kashmir. As a result, India has talked about either renouncing or renegotiating the Indus Waters Treaty as a device to pressure Pakistan to cease supporting militants in the Kashmir Valley.

In November 2016, Hafiz Saeed, head of Lashkar-e-Taiba and its affiliate Jama’at-ud-Da’wah, stated that if India were to obstruct the river waters of Pakistan, then there would be “blood in the rivers.” Saeed’s remark was in part a response to President Narendra Modi’s statement that “blood and water cannot flow simultaneously” and underscores that these are very emotional issues.

What is the outlook for the water crisis and the related conflicts?

The dramatic population growth in both countries presents an arithmetic problem. India is now home to 1.3 billion people, while Pakistan has 200 million. Some predict that by 2050 Pakistan will reach 350 million people, despite having the same amount of water as today. So population growth itself poses a critical challenge. Pakistan needs to think seriously about how it can better use its water.

A concomitant and contributing problem is agriculture. The levels of agricultural productivity in some areas of Pakistan are low. The U.S. scholar Robert Wirsing has noted that Pakistan’s cereal crop yield per cubic meter of water is a third of India’s and only a twelfth of the United States’. In wheat yield, Pakistan produces less than half of what India does and less than a third of France’s yield. So Pakistan, in particular, needs to improve its agricultural production.

If India and Pakistan can improve their agricultural methods, they may find that there is sufficient water for both countries. Piping water is one way to reduce evaporation. Laser leveling of fields, employing drip irrigation, and raising water prices are other mechanisms that can be used to increase water efficiency for agricultural production and decrease overall water usage. Citizens in India and Pakistan currently do not pay very much for water or electricity, which is why aquifers are being sucked dry. There needs to be greater regulation of water usage and better cooperation and coordination between the two countries—which, under current conditions, is a tall order. India-Pakistan relations are not likely to improve anytime soon. This means that tensions will remain between both nations over Jammu and Kashmir, over water issues, and over Pakistan’s support for anti-India militants in the Kashmir Valley.

Christopher Snedden was a Professor at the U.S. Department of Defense’s Daniel K. Inouye Asia-Pacific Center for Security Studies. He has nearly 40 years of professional experience in South Asian politics and security with the Australian government in the Department of Defence’s Joint (now Defence) Intelligence Organisation, the Department of Foreign Affairs and Trade, and the Australian Transaction Reports and Analysis Centre. Dr. Snedden has traveled widely across South Asia and is the author of The Untold Story of the People of Azad Kashmir (2012) and Understanding Kashmir and Kashmiris (2015). In April, he returned permanently to Australia.

This interview was conducted by Mary Hamilton, a John M. Shalikashvili Chair in National Security Studies and Research Programs Intern at NBR. 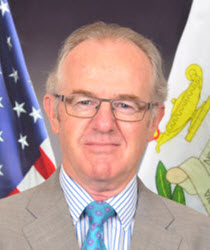