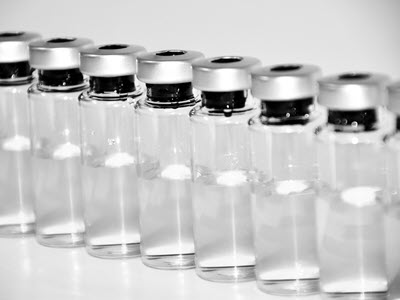 Interview from the Center for Innovation, Trade, and Strategy

The Covid-19 pandemic has shone a light on the United States’ reliance on global supply chains for critical pharmaceuticals and medical supplies. Many of these supply chains are especially dependent on China, which has restricted exports of important personal protective equipment as it works to address its own outbreak. Production of raw materials for essential pharmaceuticals has also slowed as factories in China were closed for weeks while the country attempted to curb the spread of the virus. Finally, the sharp drop in commercial air travel has reduced the capacity to ship urgently needed medical supplies, and the virus has caused the FDA to suspend overseas inspections.

Ashley Dutta interviewed NBR’s senior associate for international health, Benjamin Shobert, to better understand how the United States found itself in this precarious position and what U.S. policymakers can do to ensure long-term, consistent access to critical medical products.

As the Covid-19 pandemic continues to unfold, what short- and long-term impacts will it have on the United States’ healthcare supply chains?

Covid-19 accelerated a pre-existing concern in Washington, D.C.—namely, that the United States had become overly dependent on China for a variety of healthcare and pharmaceutical goods. The congressionally appointed U.S.-China Economic and Security Review Commission has focused on these concerns over the last several years, raising two specific questions: Are U.S. policymakers aware of these dependencies, and could these dependencies become points of negotiation in the heat of a national security or global public health crisis?

There is a certain tragedy in this all because healthcare goods—pharmaceuticals, in particular—are part of a robust global regulatory body of standards that provides policymakers all manners of controls to prevent such dependencies from emerging absent adequate oversight.

In the short term, most expect the United States and China to put aside their grievances and work together to ensure that the supply chains for these sensitive products remains stable. However, this is at best a short-term situation.

In the medium term, U.S. politicians see this issue as one worth their time. We might hope that greater attention on public health would help safeguard the sort of robust quality-control mechanisms needed to ensure supply chain transparency and resiliency in this sector between the two countries. Yet it is more likely that these same politicians will begin to deliberately focus on policies designed to sever the dependencies themselves, through strategies to ensure re-shoring of specific essential healthcare goods (pharmaceuticals, in particular).

To say this all differently, we should anticipate this pandemic to accelerate the broader decoupling between the United States and China and to add even further intensity to U.S. oversight of sensitive sectors such as healthcare and pharmaceuticals where the supply chains have largely moved to China.

Since basic medical supplies and medications are critical for our public health and national security, why does the United States not have more manufacturing capacity?

Let’s answer this by thinking about the supply chain for medications in what is admittedly a very streamlined fashion. We can divide that supply chain into four stages: (1) raw materials, (2) precursor chemicals, (3) active and inactive pharmaceutical ingredients, and (4) the finished medication.

U.S. policymakers are now concerned about how to make sure active pharmaceutical ingredients (APIs) and finished medications either are not sourced in China or, if they are, are only produced under adequate FDA inspection. APIs and finished medications have drawn the most attention in large part because focusing on the latter stages in the supply chain has the potential to focus limited inspection resources in the most effective manner.

Decision-makers in the Trump administration want to see policies—largely predicated on public health and national security concerns—that ensure these APIs and medications are made in the United States. However, those are only two links in my admittedly simplified supply chain. The supply chain inevitably goes back to China in many cases, largely because the raw materials and precursors come from China (or somewhere outside the United States). If influential voices in the Trump administration and Congress had their way, the United States would carve out a position where the last part of these supply chains would be located here. But doing so would only change where the dependencies would present themselves.

This is why the conversation we are now having about APIs is somewhat naïve. We might be able to legislate domestic manufacturing requirements for APIs and finished medications, but at some point the supply chain bends back to China. The reason for this is important to understand: pharmaceutical supply chains and the larger chemical processing industries share many adjacencies. If U.S. policymakers want to bring pharmaceutical supply chains back to the United States, we must also adopt the necessary regulatory and—in particular—environmental standards that made China the better place for these industries to move to several decades ago.

Such an approach would provoke some interesting political calculus. Would politicians rather advocate for U.S. manufacturing capabilities in these sectors, or deal with the pervasive “not in my backyard” problems that have bedeviled U.S. chemical-processing infrastructure for so long? To summarize, we don’t have more manufacturing capacity in the United States for these sensitive sectors for the same reason we don’t manufacture iPhones here: because the inputs and supply chains moved to China some time ago due to cost pressures.

How can we ensure that the medications and products coming from other countries are safe? Are they held to the same rigorous standards and FDA testing as products produced in the United States?

For someone like myself, who believes our approach to globalization in general, and the U.S.-China relationship specifically, has been a bit naïve, this is a critical question to get right. Pharmaceutical manufacturing should be a sector where we have very strong regulatory oversight, regardless of the country of origin or stage in the manufacturing process itself (i.e., whether we are talking about APIs or their precursors). But we don’t. The FDA’s overseas oversight capability is very poor—in China especially.

This isn’t some grand scheme on the part of China. It is the result of just one more supply chain getting caught up in a very aggressive form of globalization and the ensuing race to the bottom. Smart policy would have been to deliberately gate the ability of Chinese-made APIs and medications to enter the United States by requiring stringent quality oversight in China. But doing so would have also required U.S. subsidies in these same industries to ensure that domestic manufacturing stayed open unless and until the appropriate quality-control infrastructure and enforcement measures were in place across China.

You can see why this didn’t happen. Both requirements ran counter to the very aggressive form of what I have called “free market fundamentalism.” On the one hand, this view held that the deepest forms of globalization (a hat tip to Dani Rodrik, who has proposed that more “shallow” forms of globalization may have prevented some of the populism and race to the bottom concerns of note today) were best for consumers and capital. On the other hand, any sort of industrial policy was dismissed by many as an inefficient and inappropriate use of government power. It is the perfect recipe for what we now see: an extremely sensitive supply chain, absent adequate regulatory enforcement capabilities, that has been offshored.

I’m cautiously hopeful that China will move in our direction very quickly and accommodate greater oversight of its pharmaceutical manufacturing sector, for the same reason that the country has been willing to make big moves to harmonize its domestic drug approval processes with global norms: China wants its domestic champions who are developing novel molecules to be able to access global markets. The only way to ensure that these Chinese-made molecules will be accepted is if their manufacturing and clinical trial infrastructure is the same as what other developed markets require. The phase-one trade deal has very clear protections along these lines, which shows that Chinese leaders understand the need to ensure their regulatory and manufacturing standards meet global norms. However, I remain concerned over whether the USTR and FDA are working together in a way that ensures that we channel these Chinese ambitions to safeguard the supply chain for Americans.

How could the United States quickly resolve the issues of manufacturing capacity, global supply chain security, and quality control to provide consistent access to safe pharmaceutical and medical products now and in the future?

Two sorts of policies are needed: (1) empowered overseas regulations and enforcement and (2) carefully targeted domestic industrial policy. The latter is necessary to ensure that specific medical goods and services are maintained at a level adequate for navigating a future public health emergency and that the FDA gains funding to put in place appropriate levels of quality oversight in any overseas production of pharmaceuticals. China is of course one of the countries where this is most needed. As I mentioned earlier, I suspect China could be convinced of the need for expanded oversight, given the trust and quality issues its domestic champions will encounter as they seek out foreign export markets for their products.

Benjamin Shobert is Senior Associate for International Health at NBR. He is also the Senior Director of Strategy at Microsoft’s Artificial Intelligence and Research HealthNExT business. Mr. Shobert is the author of Blaming China: It Might Feel Good but It Won’t Fix America’s Economy (2018).

This interview was conducted by Ashley Dutta, Senior Director of the Center for Innovation, Trade, and Strategy at NBR.