U.S.-China Competition in the Western Hemisphere

This chapter analyzes how bilateral tensions between the U.S. and China have played out in the Western Hemisphere.

Since 1978, China has been exporting manufactured goods to Latin America, and the latter sends back a rich array of raw materials to China. This cross-Pacific trade exploded upon China’s 2001 entry into the World Trade Organization. Nevertheless, the core of China’s relationship with Latin America is developmental in nature, something that Washington needs to grasp. The U.S. has adopted a hard-power narrative toward China’s rising presence in the Americas, while Chinese soft power is the glue that binds the China–Latin America relationship. The U.S. towers over China in terms of trade and investment inflows to the Americas, while U.S.-China military competition in the region is negligible. In terms of the impact on specific countries, Canada and Mexico have been most adversely affected by U.S.-China competition.

Carol Wise is Professor of International Relations at the University of Southern California. 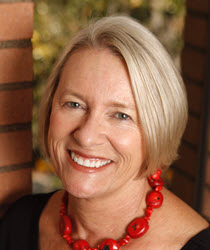