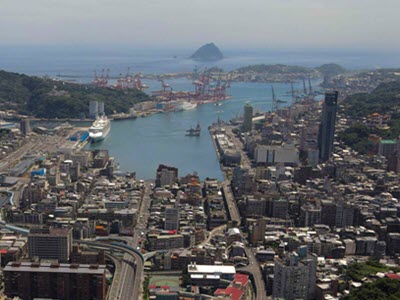 The Importance of a U.S.-Taiwan Bilateral Trade Agreement

U.S.-Taiwan trade and economic relations have taken center stage in the bilateral relationship over the last several months, gaining steam since August 28, 2020, when President Tsai Ing-wen unilaterally announced measures to open the Taiwan market to certain previously banned U.S. pork and beef imports. Expanded economic engagement has included a visit to Taiwan by Keith Krach, the undersecretary for economic growth, energy, and the environment at the U.S. Department of State, along with the September signing of the Framework to Strengthen Infrastructure Finance and Market Building Cooperation. It has also included a visit to Washington, D.C., by a Taiwan government delegation for the inaugural U.S.-Taiwan Economic Prosperity Partnership Dialogue (EPPD) held in late November.

The EPPD was conducted by the U.S. Department of State and the Taiwan Ministry of Economic Affairs. It represents a forward-leaning and wide-ranging platform for the United States and Taiwan to build on existing economic dialogue and cooperation in many key sectors, including semiconductor supply chains, 5G and telecommunications, healthcare, renewable energy, and investment. The two sides also signed a memorandum of understanding (MOU) that formalized the EPPD and set a five-year plan for continued discourse, consisting of annual high-level talks alternatively in Washington and Taipei. The signed MOU should help maintain the fledgling dialogue despite the upcoming change in U.S. administrations.

However, an important facet of the future economic and trade relationship—a potential U.S.-Taiwan Bilateral Trade Agreement (BTA)—appeared to be specifically excluded from the EPPD talks. This reflects the grip that the Office of the U.S. Trade Representative (USTR) maintains on U.S. trade policy, while also illustrating the USTR’s unwillingness to engage with Taiwan on trade issues. In fact, while the overall bilateral relationship has demonstrably grown stronger over the last few years, trade has been the major exception. The primary mechanism for bilateral trade relations is the Trade and Investment Framework Agreement (TIFA) that the two sides signed in 1994, but no official TIFA engagement has taken place since the last round of talks at the end of 2016. Notably, the Taiwan TIFA is not included on the list of TIFA deals on the USTR website.

Given the significance of Taiwan as a democratic and rules-based partner for the United States in the Indo-Pacific, it is important for the two sides to find ways to re-engage on trade and to resolve their outstanding trade issues. Negotiating and signing a BTA would be an effective way to move forward.

THE VALUE OF A BILATERAL TRADE AGREEMENT WITH TAIWAN

For more than a decade, off-and-on discussions have taken place in Washington on a bilateral trade deal with Taiwan. A major comprehensive economic study in December 2004, written by Nicholas Lardy and Daniel Rosen, concluded that a bilateral Taiwan trade deal would provide the two sides with only modest overall welfare gains. However, it also compared the gains produced by a Taiwan deal with the simulated welfare gains from twelve other bilateral free trade agreements under consideration at the time. The comparison showed that in dollar-value terms, the positive economic benefits would be more significant for the United States under a trade deal with Taiwan than under most of the other twelve bilateral deals examined. The study also concluded that a U.S.-Taiwan trade deal would have positive political implications and would help improve Taiwan’s regional economic integration.

Whether it is called a “free trade agreement,” a “fair trade agreement,” or a “bilateral trade agreement,” the notion that a bilateral trade deal with Taiwan would be a good idea has continued to percolate since 2004—being occasionally suggested in articles and during discussions at events in Washington and Taipei. But 2019–20 has seen peak support for the idea, including concerted efforts by the U.S. Congress to make the USTR aware of its support and to push for progress, with bipartisan letters sent from the House in 2019 and from the Senate in 2020 to that effect. Individual members of Congress, think tank experts and academics, and both Taiwan and U.S. businesses have also offered widespread backing. In September, the American Chamber of Commerce in Taipei and the US-Taiwan Business Council announced the U.S.-Taiwan BTA Coalition, which is intended to serve as a focal point for support for a Taiwan BTA from the U.S. business and think tank communities.

A BTA between the United States and Taiwan has strong merit. Taiwan would make for an excellent trade agreement partner for the United States, given that the island already has well-established environmental protection, labor, and intellectual property rights laws—common issues of concern for the United States in evaluating its economic partners. It would be mutually beneficial economically, potentially offering expanded market access for U.S. companies in sectors such as agriculture, telecommunications, finance, and energy. Negotiations for a BTA would also give the United States an opportunity to address some of the outstanding trade policy issues that the USTR identifies in its annual National Trade Estimate Report on Foreign Trade Barriers. Such issues include Taiwan’s regulations on imports of pharmaceuticals and medical devices; digital trade; issues surrounding labeling, regulations, and transparency; and other nontariff trade barriers. In addition, such a deal is likely to bind Taiwan more tightly to the U.S. supply chain—particularly in technology—and could offer a template for the United States to sign additional trade deals in the Indo-Pacific.

Over the last several decades, cheap manufacturing and the pull of the enormous Chinese market have attracted Taiwan investment and trade to China. While Taiwan’s companies are now increasingly diversifying and repatriating their investments, China still serves as its top trading partner. If Taiwan is unable to strengthen its other trade relationships, it may be obligated to lean further toward China. This is not in the United States’ interest, and a BTA would help deepen Taiwan’s move away from China’s economic orbit. Taiwan is a top U.S. trading partner, a critical supply chain and investment partner, and a key investment destination for top U.S. companies. Closer trade relationships between Taiwan and U.S. friends and allies—globally and in the region—would be a positive development for both Taipei and Washington.

Meanwhile, a high-standards BTA with the United States could embolden Taiwan’s other trading partners in both Asia and Europe and encourage Taiwan participation in other trade deals. This is particularly important given the recent signing of the China-led Regional Comprehensive Economic Partnership (RCEP), from which Taiwan is excluded. The RCEP countries account for almost 60% of Taiwan’s total trade volume, and the agreement is expected to negatively impact Taiwan’s steel, textile, petrochemical, and machine tool exports. It does not, however, generally affect Taiwan’s flagship information and communications technology industry, and around 70% of the island’s trade with the RCEP countries is already tariff-free. Nevertheless, Taiwan is pursuing options to join other multilateral deals that would offset the RCEP effect—for example, by attempting to position itself to join the Japan-led Comprehensive and Progressive Agreement for Trans-Pacific Partnership (CPTPP). A U.S.-Taiwan trade deal would provide political cover for other trading partners to follow suit.

By her unprecedented and unilateral move on pork and beef imports this summer, President Tsai showed that she and her government take Taiwan’s trade relations with the United States seriously. The new regulations on meat imports, set to take effect on January 1, 2021, have seen substantial domestic pushback. Heated discussions on the subject recently led to a brawl featuring thrown pig intestines in the Legislative Yuan (Taiwan’s parliament). The new regulations have been the subject of petitions and hearings that may lead to a potential referendum next summer, and they have already prompted calls for boycotts and for label of origin requirements on pork imports. Nevertheless, President Tsai has affirmed that she will carry through with these regulatory changes. This showcases Taiwan’s willingness to lead on trade issues by making difficult domestic adjustments to place itself in a position to sign both a U.S. trade deal and similar deals with other trading partners in the future.

Despite the fact that the USTR has long touted solving the pork import issue as the major sticking point in trade relations, current U.S. trade representative Robert Lighthizer has not yet given any indication of a willingness to engage with President Tsai and the Taiwan government on trade. The USTR instead appears to be wholly focused on China. Ambassador Lighthizer has even publicly cautioned against any actions that could “anger” Beijing, apparently in an attempt to safeguard the phase-one U.S.-China trade deal. The USTR claims that it does not have the bandwidth to begin new negotiations with Taiwan. Yet if the political and bureaucratic will to engage were there, such objections would likely fall by the wayside.

The current prospects for a U.S.-Taiwan trade agreement are uncertain, primarily due to the changes underway in the United States during the transition period before the inauguration of President-elect Joe Biden. Biden has said that he will wait to make drastic changes to existing tariffs, and that he will not negotiate any new trade deals right away once he takes office. Instead, he intends to focus on domestic policy. However, the foreign policy communities in both the United States and Taiwan are optimistic that under the Biden administration the United States will still be a good faith interlocutor with Taiwan. There is no reason that good relations cannot continue, given that Taiwan remains a steadfast U.S. partner both economically and politically.

A new round of TIFA talks is likely to take place before any real progress is made on negotiating a U.S.-Taiwan BTA. However, neither the Taiwan government nor those in the United States who support a full bilateral trade deal should settle for progress on parochial trade issues made under the auspices of the TIFA. While any and all movements forward on trade issues are to be applauded, the real prize is the signing of a high-standards and comprehensive bilateral agreement that can solidify the trade relationship into the future.

Lotta Danielsson is the Vice President of the US-Taiwan Business Council, where she is responsible for the day-to-day operations of the organization. She has planned the annual US-Taiwan Defense Industry Conference—which serves as an important platform for bilateral dialogue on Taiwan’s national security and defense needs—since its inception in 2002.