Chen-Dong Tso and Gratiana Jung evaluate the economic performance of the New Southbound Policy during its first year while also outlining the existing structure of investment and trade between Taiwan and Southeast Asia. This brief is part of the series “Re-examining Critical Links between Taiwan and Southeast Asia: The New Southbound Policy in the Tsai Era.”

Throughout the 2016 presidential campaign in Taiwan, the economy’s overdependence on mainland China was a topic of much debate, with Tsai Ing-wen heavily criticizing the Ma administration. Soon after her victory, President Tsai launched the New Southbound Policy in September 2016 in hopes of reducing this dependence. Southeast Asia serves as an ideal alternative given that it is geographically proximate and economically complementary to Taiwan. However, penetrating into the region’s markets could be challenging as well. So far, Taiwan has been largely left out from the existing regional free trade architecture in the Asia-Pacific, except for free trade agreements (FTAs) with Singapore and New Zealand—and of course only the former is a member of the Association of Southeast Asian Nations (ASEAN).

With cross-strait relations becoming even more tense, and given the overwhelming influence of China in the region, Taiwan’s efforts to conclude free trade pacts with Southeast Asian countries will likely encounter a bumpy road ahead. Bearing these factors in mind, this essay evaluates the economic performance of the New Southbound Policy during its first year.

Before assessing the New Southbound Policy, it is important to have a grasp of the structure of investment and trade between Taiwan and Southeast Asia. Traditionally, manufacturing has taken the lion’s share of Taiwan’s investment in the region, but in recent years the service sector leads the southbound capital flows. As Table 1 demonstrates, for most of the period between 2010 and 2016 the financial sector was the most active area of investment in Southeast Asian countries, accounting for approximately 30% of total investment volume. In addition, the merchandise wholesale and the air transportation services were among the top five categories of investment activity in 2016.

Table 2 shows Taiwan’s trade in goods with ASEAN countries between 2010 and 2016, which was mainly in electronics, machineries, and mineral fuels. The three categories all together occupied over 60% of two-way trade. More specifically, imports of electronics from ASEAN to Taiwan have been stable, constituting around 29.5%–34.1% in total volume. However, electronics exports witnessed a steady increase from 35.7% to 43.2% from 2010 to 2016. In mineral fuels, both imports and exports experienced a noticeable decrease. Taiwan’s imports from Southeast Asia fell from 29.0% in 2011 to 16.7% in 2016 and exports declined from 22.0% in 2012 to 12.7% in 2016.

The above discussion paints a broad picture of the economic exchanges between Taiwan and the Southeast Asia countries. To examine the pattern more closely, the data seems to suggest that if Taiwan’s investment strategy is aimed at increasing trade, it has not had a discernible effect on the structure and volume of trade. Given that recent investment consistently concentrates on financial holdings and banking but does not have a significant pull effect on exports of electronics, this pattern seems to indicate a positive result of the tariff-free scheme Taiwan enjoys under the auspices of the Information Technology Agreement. In addition, despite the large amount of investment in the iron and steel industry, exports of iron and steel have actually decreased from 7.0% in 2010 to 4.4% in 2016. Similarly, exports of plastic products remain stagnant even as capital flow in this sector from Taiwan to Southeast Asia has increased. In sum, the outlook for investment in Southeast Asia is rosy, while trade between Taiwan and the region is declining and disconnected with investment.

The top priority of the New Southbound Policy is to revive and revamp economic relations between Taiwan and its Southeast Asian neighbors. By furthering economic cooperation, the Tsai administration aims to “realign Taiwan’s role in Asian development, seek new directions and momentum for the country’s new stage of economic development, and create future value,” as stated in the implementation plan of the New Southbound Policy, published in September 2016.[1] Through expanding trade and investment, Taiwan hopes to reverse the trend of overreliance on the Chinese market and to rejuvenate its own economy. Meanwhile, the policy also emphasizes the importance of the mutual benefits of conducting economic exchanges with Southeast Asian countries.

To encourage Taiwanese entrepreneurs to look southward, the New Southbound Policy adopts two specific measures: expanding business opportunities and enhancing access to capital. In order to expand business opportunities, the government plans to create platforms that combine Taiwanese firms and local production capacity in order to seize market opportunities in Southeast Asia. The implementation plan establishes a variety of channels to strengthen the participation of Taiwanese firms in the cross-border production chain. These include a buyers’ alliance for machinery products and an exporters’ alliance for system integration services in information and communications technology, engineering, digital surveillance, and green energy, as well as a new company in agricultural promotion. Furthermore, the plan intends to establish “Taiwan desks,” or single-window resource centers, in ASEAN countries to help cluster Taiwanese investors in targeted countries.

The plan specifies three ways to enhance access to capital. First, it expands the capital of the Export-Import Bank of the Republic of China (ROC) and sets up special loans for Taiwanese enterprises aiming for exporting of turnkey projects, system services, and public construction to the overseas markets. Second, the plan strengthens the Overseas Credit Guarantee Fund. Finally, it increases branches of Taiwanese banks in the target countries.

To further integrate Taiwan with Southeast Asian countries, the implementation plan for the New Southbound Policy prioritizes new bilateral investment agreements and updates existing ones. Naturally, the next step would be to revise double taxation avoidance agreements and comprehensive economic cooperation agreements in order to reduce the tax burden of Taiwanese investors and lower tariff costs for Taiwanese exporters in the regional markets.[2] This is an area that should be prioritized, given that Taiwan’s main economic competitors have much better access to the Southeast Asian market either as FTA partners with or as members of ASEAN.

Through officially sanctioned platforms, the government is hoping to encourage private companies to internalize cross-border transactions to overcome tariff disadvantages when their competitors enjoy preferential status due to FTAs.[3] As of the first half of 2017, this effort still fell short of expectations. Within a variety of platforms that the government plans to build, only a marketing alliance for machinery had been set up and touted by the government as a policy success as of May 2017.[4] While no further details were released, a marketing alliance is not really a buyers’ alliance that operates better to internalize the arm’s-length transaction. So far the government continues to rely on state-owned enterprises as its major policy instrument. As of May 2017, there were 31 projects brought into ASEAN by these enterprises.[5] A high-profile example is the expanded funding resources put in place by the government through the Export-Import Bank of the ROC and three major credit guarantee funds—the Small and Medium Enterprise Credit Guarantee Fund of Taiwan, Overseas Credit Guarantee Fund, and Agricultural Credit Guarantee Fund. The Small and Medium Enterprise Credit Guarantee Fund of Taiwan will gradually increase its capital to US$1.1 billion by 2018 and the Agricultural Credit Guarantee Fund has provided a total of US$1.6 billion.[6]

First, with regard to efforts to redirect investment from mainland China toward Southeast Asia, the investment by Taiwanese companies in seven ASEAN countries (Cambodia, Indonesia, Malaysia, the Philippines, Singapore, Thailand, and Vietnam) reached a record US$3.45 billion in 2016. Although investment in China (US$9.10 billion) is still almost three times as large, the gap narrowed. In 2015, Taiwan’s investment in China (US$10.39 billion) was nearly four times the size of investment in the aforementioned ASEAN-7 countries (US$2.62 billion).

The discussion above illustrates that increasing economic ties between Taiwan and Southeast Asia are more visible in outbound investment than in exports. The policy tools adopted by the government could be instrumental in facilitating diversification of Taiwan’s investment away from mainland China and toward Southeast Asia. However, it might be more accurate to argue that the redirection is the continuation of a trend that began several years ago. The more critical aspect of the issue is the unsatisfactory growth in exports, which such investment was supposed to generate. This could be interpreted as part of a consistent pattern where investment by Taiwanese firms in Southeast Asia is disconnected from production in Taiwan.

Indeed, the International Trade Centre’s statistics show that the volume of ASEAN countries’ imports from the world declined significantly in 2015 and did not return to pre-2015 levels in 2016.[7] This might be the effect of increasing intraregional trade among ASEAN countries after the formation of a single market under the ASEAN Economic Community. Both cases indicate an urgency for Taiwan to negotiate economic cooperation agreements with ASEAN countries. Despite all sorts of difficulties, Taiwan’s recent conclusion of an investment protection agreement with the Philippines in December 2017 is a positive sign. Unsurprisingly, China expressed grave concern over the agreement. This just adds one more piece of evidence that political barriers will continue to be the main constraints on Taiwan’s efforts to expand and deepen its external trade engagement with Southeast Asia.

[2] In order to reduce opposition from China, Taiwan used the name “economic cooperation agreement” or “economic partnership agreement” for its FTAs with trade partners during the Ma administration.

[3] Internalizing cross-border transactions means to turn an inter-firm transaction into an intra-firm one so that the adverse impact of tariffs can be reduced.

Chen-Dong Tso is a Professor in the Department of Political Science at the National Taiwan University in Taiwan.

Gratiana Jung is a senior political researcher at the Yuanta-Polaris Research Institute in Taiwan.

Note: The views in this essay are the authors’ own and do not reflect the position of any organization with which they are affiliated.< 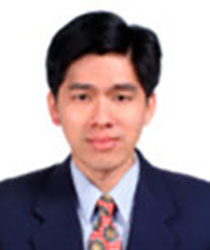 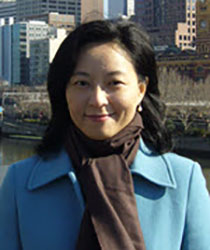