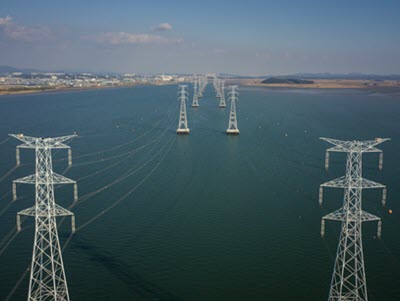 Jeanne Choi examines the role that South Korea’s public financial institutions have played in financing overseas coal and gas projects and considers how the country’s recent net-zero pledge can facilitate an energy transition both domestically and overseas.

Over six years after the adoption of the Paris Climate Agreement, there is new hope as countries commit to even more ambitious targets. Currently, over 130 countries—representing 88% of global emissions and 90% of the world economy—have pledged to carbon neutrality, or “net-zero” emissions, by 2050 or shortly thereafter.[1] In October 2020 South Korea made its own net-zero pledge, joining some of the world’s largest polluters like the European Union, China, and Japan. Given that South Korea is the world’s ninth-largest source of carbon dioxide emissions,[2] its official commitment sends a clear message affirming that it intends to take more aggressive action to combat climate change after decades of less than inspiring progress.

The pledge is of particular importance because South Korea’s public financial institutions are some of the largest sources of financing for fossil fuels in the world. This commentary examines the role that these institutions have played in financing overseas coal and gas projects and considers how the country’s recent net-zero pledge can facilitate an energy transition both domestically and overseas.

COMMITTING TO NET-ZERO AT HOME

Although South Korea was a signatory to the Paris Climate Agreement, the original commitment made under its nationally determined contributions (NDCs) and the initial actions taken by the previous Moon Jae-in administration to fulfill the pledge were deemed insufficient.[3] In October, South Korea set a more aggressive target of 40% reduction in greenhouse gas emissions by 2030, from the initial 26.4% target set in December 2020, but the decarbonization roadmap was criticized by both industry and environmental groups.[4]

As nearly 90% of greenhouse gas emissions in the country come from energy-related activities, reaching carbon neutrality will require a transition away from a carbon-based energy system that involves sustained commitment from government, industry, and the public. In addition to such multifaceted commitments, all stakeholders must move beyond rhetoric to take concrete action. There is a widespread belief that the transition to a net-zero future will be possible if aggressive intermediate targets are set and achieved in a timely manner, but this must include a definite timeline for phasing out coal.

While currently South Korea has 38.1 gigawatts (GW) of operational coal power plants and 4.2 GW under construction, the previous Moon administration had announced its intentions to completely phase out coal by 2050 in October 2021.[5] There is an expectation that the reduction in coal in the national electricity generation mix will be at least partially compensated for with greater natural gas utilization. Guidelines published by the Ministry of Environment in January 2022 have temporarily classified liquified natural gas (LNG) as a “green fuel” in an effort to prioritize decreasing coal, which amounts to about 40% of the electricity supply.[6] Similarly, the European Parliament recently allowed certain gas projects to be labeled as “green” in order to access green financing and subsidies.[7] The trend of “greenwashing,” or mislabeling energy projects as being more environmentally responsible, is concerning, especially when limited financial resources are redirected to these types of projects. Furthermore, while the Moon administration had pledged to expand renewable energy to 70% of the power generation mix, there was also concern that policymakers have overemphasized carbon capture, “clean coal” technologies, and using LNG as a bridge fuel to achieve net-zero goals.

Under the new Yoon Suk-yeol administration, South Korea’s energy policy will reverse course. The administration has revised the previous target of generating 70% of the energy supply from renewable sources as unrealistic and instead will focus on restoring nuclear power and enhancing energy security.[8]

Public financing is provided through the Korea Export-Import Bank, Korea Development Bank, and Korea Trade Insurance Corporation. The majority of South Korean public financing for coal projects has gone to Southeast Asia, with Vietnam and Indonesia having received 94%. Greenpeace has noted the “double standard” of public financing to fund overseas coal plants that would not be legal domestically due to the high standards for new in-country power plants.[10] Overseas coal plants financed by South Korea emit over 18 times as much nitrogen oxide, 11 times as much sulfur dioxide, and over 33 times as much dust pollution than domestic plants.

In April 2021, pressure on South Korea to end its overseas funding of coal led to an official moratorium on coal financing. However, Korean public and private financial institutions and companies have been a significant source of investment for overseas gas projects since the 1970s. In the past decade, public financing institutions have provided $57.5 billion for gas projects, far outstripping the $9.9 billion in coal financing in the same period.[11]

Recent financing provided by the Korea Export-Import Bank and Korea Trade Insurance Corporation for overseas gas projects includes $1.8 billion for the Coral South floating LNG project in Mozambique in 2017, $2.3 billion for an import terminal project in Kuwait in 2018, and $500 million in December 2020 for another offshore project in Mozambique.[12] While coal-to-gas switching has been slower in Asia than in Europe, where public and private financial institutions are ceasing coal financing due to public pressure, partner countries may be incentivized to request South Korean support for gas rather than coal projects going forward.

In a carbon-constrained world, the long-term and even medium-term outlook for gas is uncertain. In a reversal from previous projections, the most recent IEA World Energy Outlook forecasts declining gas demand in advanced economies by 2040.[13] To achieve climate targets, global gas demand would have to peak in the mid-2020s in both BP’s Energy Outlook “net-zero” scenario and Wood Mackenzie’s “accelerated energy transition” scenario.[14] Although both scenarios anticipate that gas demand in Asia will continue to grow, even Asian demand will decline after 2030, with peak gas demand being a “matter of when, rather than if.” The underlying assumptions are that gas consumption will eventually have to decrease in a decarbonizing world. Thus, there is keen awareness of the risk that gas eventually could become a stranded asset.

There still might be a role for gas in Asia. The South Korean government has been investing heavily in research and development in carbon capture and storage (CCS) in hopes that it may be part of a low-carbon or net-zero energy system. As it stands, however, gas with CCS may only offer limited emissions reductions and is still some time away from reaching technological and commercial viability. Gas has also been promoted as a flexible variable generation backup for renewables until the time when rapidly deployable energy storage becomes more prevalent and affordable. A recent study suggests that there is a potential causal relationship between gas and renewables.[15] In other words, gas may be an enabling factor when gas-fired plants are added first, making it easier for the integration of renewables later.[16] Finally, gray or blue hydrogen using gas as a feedstock could play a role in the development of a hydrogen economy until green hydrogen from renewable energy becomes affordable.

Given that South Korean companies and public financial institutions have a great deal of experience in gas project development, they may gravitate toward financing overseas gas projects as they end financing for coal. However, a net-zero pledge domestically can be a critical juncture for both South Korea and the United States to pivot toward projects that facilitate the transition to a cleaner energy future both domestically and overseas. As its renewables industry develops, aided by policies aimed at achieving carbon neutrality, South Korea has the opportunity to become a global leader in renewables financing.

Jeanne Choi is an advisor to the National Bureau of Asian Research’s energy programs. She received her PhD from the Johns Hopkins University School of Advanced International Studies (SAIS), where her doctoral research examined the political economy of the LNG markets in Japan and South Korea. Dr. Choi has also worked in strategic planning for LNG export infrastructure and at the Clinton Climate Initiative, where she led development of climate change and energy transition programs.

[9] Data is available from the Global Energy Monitor.

[11] Data is available from Solutions for Our Climate.