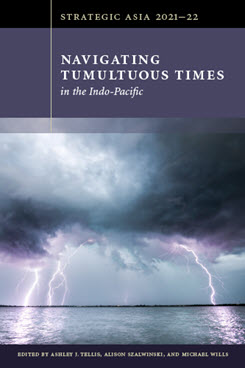 Russian Foreign Policy in a Time of Rising U.S.-China Competition

This chapter assesses Russia’s response to the challenges brought on by U.S.-China competition, deglobalization, and the Covid-19 pandemic.

U.S.-China competition has not changed Russia’s foreign policy trajectory during the past decade. Instead, the Russian leadership continues to deepen cooperation with Beijing and push back against Washington. Russia has provided China with strategic support but lacks similar capacity to assist technologically or economically in the Sino-U.S. trade war. Challenges to globalization have only marginally influenced Russia’s capacity to generate national power due to its limited role in the global economy, which is concentrated in a few sectors such as energy and arms. Finally, the Covid-19 pandemic has impeded efforts to improve demographic trends and initially threatened the Putin regime’s legitimacy. The Kremlin, however, has used measures to control the pandemic as an opportunity to consolidate power by pushing through constitutional amendments and cracking down on political opposition.

Marcin Kaczmarski is a Lecturer in Security Studies in the School of Social and Political Sciences at the University of Glasgow.