Ja Ian Chong (National University of Singapore) describes Southeast Asia and Taiwan as jointly embedded in a thick web of relations that provides ready-made groundwork for the further development of ties. This brief is part of the series “Re-examining Critical Links between Taiwan and Southeast Asia: The New Southbound Policy in the Tsai Era.”

Contemporary impressions of Taiwan’s relations with Southeast Asia tend to focus on flows of labor, capital, tourism, and marriage. Countries like Vietnam, Indonesia, the Philippines, and Thailand carry the impression that they are the origins of cheap, sometimes easily exploitable, migrant labor for employers in Taiwan. Many people in Taiwan also see the former two countries as sources of brides for lower-income men.[1] These same countries, along with Cambodia and, to a lesser degree, Malaysia, are locations where Taiwanese capital is invested in factories for low-cost labor, proximity to Taiwan and China, and the relative absence of political contentiousness for being Taiwanese. With the advent of cheap air travel, Taiwan and Southeast Asia also offer the middle class in these areas options for quick holiday getaways. These interactions and the condescension toward Southeast Asia that sometimes accompany them belie the rich history of interactions that Taiwan and Southeast Asia share.

Southeast Asia–Taiwan ties predate the now familiar notion of sovereign nation states and their territorial boundaries, going back to the history of Taiwan’s aboriginal peoples. The Formosan languages that Taiwan’s aborigines speak are part of the Austronesian language family, which also includes languages spoken from the modern-day Philippines through Malaysia and Indonesia, such as Tagalog and Malay.[2] Linguistic historians and historians generally attribute this spread of languages and cultures to migration across maritime Southeast Asia, parts of coastal mainland Southeast Asia, and Taiwan. This movement of peoples was possible through the maritime routes linking Taiwan to various parts of Southeast Asia, starting with Luzon in the contemporary Philippines, just across the Bashi Channel from southern Taiwan. Such networks of exchange manifest themselves in different forms historically, but nonetheless embed Taiwan in a network of interactions with Southeast Asia that casual observers overlook.

Migrations to Taiwan from Fujian and Guangdong extended the island’s ties not just across the Taiwan Strait but to Southeast Asia as well. Many settlers on Taiwan from the seventeenth century on came from Minnan-speaking areas like Quanzhou, Zhangzhou, Amoy, and Quemoy, just as these regions were originally home to emigrants from Luzon, Penang, Malacca, Batavia, and Singapore.[3] Such migration patterns meant that family networks spread across these areas. The movement of people brought with it shared linguistic, religious, and cultural practices, with temple networks linking Taiwan, various parts of Southeast Asia, and Fujian, that are still active today. Minnan—which is the immediate linguistic family to which Taiwanese belongs—remains a main lingua franca for ethnic Chinese settler communities in Southeast Asia.[4] Given the long history of contact with the Malay world, Minnan, including Taiwanese, contains many Malay loanwords while Malay and Indonesian similarly borrow vocabulary from Minnan.[5]

Straddling communication links between Southeast and Northeast Asia enabled Taiwan to become a fulcrum of maritime might in the seventeenth century. Using Taiwan and the Pescadores (Penghu) as bases, privateer-pirates like Iquan (Zheng Zhilong) and his son Koxinga (Zheng Chenggong) became highly influential in seaborne trade from Sumatra and Java through Luzon, Macau, Fujian, Guangdong, and Kyushu.[6] Wealth that accrued from such activities allowed the Zhengs to build a navy and encourage immigration to Taiwan from Fujian and Guangdong, steps that established the foundations for their political authority on the island and its surrounding areas. Iquan first challenged Ming authority along the Fujian and Guangdong coasts in the early seventeenth century, while Koxinga expelled Dutch and Spanish garrisons from Taiwan by the mid-seventeenth century and later took on the mantle of resistance to the invading Manchu Qing empire. The regime that Koxinga established on Taiwan held out against vastly superior Qing forces until the late seventeenth century, when the Qing finally defeated the Zheng regime and incorporated Taiwan.

Motivating the earlier Dutch and Spanish efforts to establish settlements on and occupy parts of Taiwan during the early seventeenth century was the island’s strategic location and resources.[7] The European colonial presence on Taiwan sought to build on and further develop Taiwan’s maritime links with both Southeast and Northeast Asia. Taiwan was just north of Spain’s colonial holdings in the Philippines and closer to trading ports in Fujian, Guangdong, and Kyushu. For the Dutch, Taiwan promised a means to leapfrog their Spanish rivals to access these same ports and markets, given that the main Dutch colonial holding at the time was in Java, much farther south. The Spanish and Dutch presence on Taiwan saw attempts to control and trade with aboriginal tribes, as well as the encouragement of migration from Fujian and the Pescadores, which started the displacement of aboriginal peoples on Taiwan.

The Cold War saw East Asia divided into areas under Communist and anti-Communist rule. Along with most of maritime Southeast Asia, Thailand, and Burma, Taiwan ultimately came under the control of a conservative, anti-Communist regime in the form of the KMT. On top of U.S. military assistance, most of these areas shared access to the U.S. and Japanese markets, investment, and aid. These economic networks helped underpin growth and development, particularly as part of the economic boom that accompanied the Korean and Vietnam Wars, providing the foundations of East Asia’s prosperity.[12] Taiwan was a destination of choice for ethnic Chinese in Southeast Asia seeking higher education outside Communist influence, but locked out of opportunities at home by discriminatory racial policies.[13] However, being in the anti-Communist camp often meant coming under authoritarian regimes ready to use state violence on their own populations to eradicate communists and other threats to their rule. This was certainly the case during the KMT’s White Terror in Taiwan, Ferdinand Marcos’s martial law in the Philippines, Suharto’s New Order in Indonesia, and arguably elsewhere in Southeast Asia as well.

Cold War–era anti-Communist ties also put Taiwan and parts of Southeast Asia within overlapping cultural spheres once again. Not only were these areas consumers of the new American popular culture produced in movie studios in Hollywood and recording studios across the United States, they too were producers of popular culture that circulated throughout the region, at least for a time.[14] Production houses and distribution networks in pre-independence Singapore that created Malay films popular in Singapore, Malaya, and Indonesia were also responsible for making Mandarin, Minnan, and Cantonese films for markets in Southeast Asia, Taiwan, and Hong Kong. Movies, popular music, and television shows from Taiwan have likewise been widely marketed and well-received from Thailand through Malaysia, Singapore, and Indonesia since the 1970s. This circulation of popular culture during the Cold War created common cultural markers and references for generations of people in Taiwan and across Southeast Asia that persist to this day.

[4] Minnan, or Southern Min, is a Sinitic language spoken in Taiwan, parts of Fujian, Guangdong, Zhejiang, and Hainan in China. It is commonly spoken in ethnic Chinese communities in Southeast Asia, such as in the Philippines, Malaysia, Singapore, and Thailand. Linguists find little mutual intelligibility between Southern Min and other major Sinitic language families, such as Mandarin, Cantonese (Yue), and Wu. See Victor H. Mair, “The Classification of Sinitic Languages: What Is ‘Chinese?’” in Breaking Down the Barriers: Interdisciplinary Studies in Chinese Linguistics and Beyond, vol. 2, ed. Guangshun Cao, Hilary Chappell, Redouane Diamouri, and Thekla Wiebush (Taipei: Academia Sinica, 2013), 735–54.

Ja Ian Chong is an Associate Professor of Political Science at the National University of Singapore. His research covers the politics of security in the Asia-Pacific. He is the author of External Intervention and the Politics of State Formation: China, Indonesia, Thailand, 1893–1952 (2012). 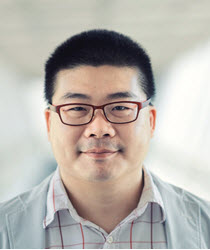