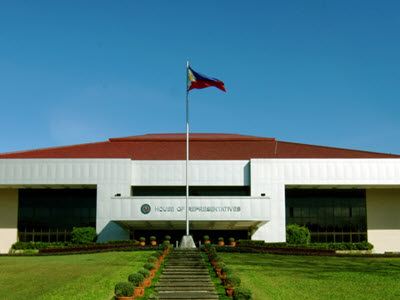 This Country Profile for the Philippines is from the Maritime Awareness Project.

The Philippines claims the northeastern section of the Spratly Islands as the Kalayaan Island Group, in addition to the Scarborough Shoal, which it calls the Bajo de Masinloc. Malaysia claims part of the Kalayaan Island, while China and Taiwan claim the entirety of the island group. China and Taiwan also claim the Scarborough Shoal, which is currently patrolled by Chinese maritime law enforcement vessels. In addition, the body of water enclosed within the nine-dash line promulgated by China and Taiwan overlaps with the Philippines’ exclusive economic zone (EEZ) and continental shelf.

The Philippines claims the Kalayaan Island Group on the assumption that after Japan renounced its title to the islands in the San Francisco Treaty of Peace of 1951, they reverted to being terra nullius because title was not explicitly passed to another state. Therefore, when a Filipino explorer named Tomas Cloma declared ownership over 33 maritime features in the Spratly Islands in 1956, no other country had a valid claim to them. In 1978, the administration of President Ferdinand Marco issued a decree that listed three bases for the Philippines’ legitimate rights to the territory: contiguity with the Philippine archipelago, historical title, and the lapsing of others’ claims. Following the passage in March 2009 of a legislative act to bring the Philippines’ baselines in conformity with the 1982 UN Convention on the Law of the Sea, the Philippines’ claim to territorial waters around the maritime features of the Kalayaan Island Group appears to have been restricted to using the low-water baseline, therefore precluding the treatment of the islands as an archipelagic group.

“[China is] not just claiming the vacant lot next to us, but going straight into our own backyard.”

– Orlando Mercado, the chairman of the Philippine Senate’s defense committee, 1995

“[Reed Bank is] clearly our territory. If they bully us, well even children will fight back.”

“Statements from the officials of the Philippine government have always been consistent with the President’s policy of de-escalation.”

“Since the adjacent waters of the relevant geological features are definite and subject to legal and technical measurement, the claim by the People’s Republic of China on the ‘relevant waters as well as the seabed and subsoil thereof’ (as reflected in the so-called 9-dash line map attached)…outside of the aforementioned relevant geological features in the KIG [Kalayaan Island Group] and their ‘adjacent waters’ would have no basis under international law, specifically UNCLOS.”

“For the Philippines, the maritime entitlements of coastal States—to a territorial sea, exclusive economic zone and continental shelf, and the rights and obligations of the States Parties within these respective zones—are established, defined and limited by the express terms of the Convention. Those express terms do not allow for—in fact they preclude—claims to broader entitlements, or sovereign rights, or jurisdiction, over maritime areas beyond the limits of the EEZ or continental shelf. In particular, the Convention does not recognize, or permit the exercise of, so called ‘historic rights’ in areas beyond the limits of the maritime zones that are recognized or established by UNCLOS.”

“The Philippines welcomes the issuance today, 12 July 2016, of the Award by the Arbitral Tribunal constituted by the Permanent Court of Arbitration under Annex VII of the 1982 United Nations Convention on the Law of the Sea (UNCLOS) on the arbitration proceedings initiated by the Philippines with regard to the South China Sea…

The Philippines strongly affirms its respect for this milestone decision as an important contribution to ongoing efforts in addressing disputes in the South China Sea. The decision upholds international law, particularly the 1982 UNCLOS.”

– Statement from the Office of the Secretary of Foreign Affairs, 2016

“No bargaining of our territories… It will remain a special concern and I will be very careful not to bargain anything. For after all, I cannot give what is not mine and which I am not empowered to do by any stretch of imagination.”

“I cannot let it [the South China Sea issue] pass… when the minerals are already being siphoned out [I will bring up the tribunal]…‘Wait a minute, I thought we’re friends. We share economic bounties and…So how about us? I have this title.’”

April 1972: The Kalayaan Islands officially became part of the province of Palawan.

January 1973: The new Philippines constitution entered force; this new foundational law contains a revised definition of the Philippines’ national territory that includes all territory over which the government then exercised jurisdiction.

December 1974: Tomas Cloma surrendered all claims to Freedomland to the state.

May 1997: Philippines arrested 21 Chinese fishermen in the Scarborough Shoal.

April 1997: The Philippines protested the passage of Chinese naval vessels near Loaita Island and Lankiam Cay.

June 1998: The Philippines protested Malaysia’s construction of a helipad and a structure on Investigator Shoal and conducted surveillance flight.

May 1999: After the Philippine naval ship BRP Sierra Madre ran aground near Second Thomas Shoal, the Philippines navy garrisons the wreck.

March 2011: The Philippines responded to harassment of the survey ship MV Veritas Voyager off Reed Bank by deploying coast guard vessels and surveillance flights to the area.

April 2012: The Philippines deployed a warship and maritime patrol vessels to Scarborough Shoal in response to the presence of Chinese fishing boats, leading to a diplomatic standoff.

January 2013: Philippines filed an arbitral case under a UNCLOS dispute settlement clause. The filing asked arbitrators to declare China’s nine-dash line unlawful and to rule that certain maritime features are low-tide elevations without rights to a territorial sea.

May 2013: A Philippine Coast Guard ship fired upon a Taiwanese fishing vessel in an area where the two countries’ claimed EEZs overlap, resulting in the death of a Taiwanese fisherman and a diplomatic crisis.

The fishing grounds in the Spratly Islands are frequently visited by Filipino fishermen. While the fishing industry accounts for less than 5% of the Philippines’ GDP, it employed 1.5 million people in 2009. Therefore, Philippine policymakers may be sensitive to the political advantages of taking a strong stand in support of fishermen. Reed Bank, which falls within the EEZ of the Philippines’ Palawan Island, may also be rich in hydrocarbons; at least one maritime confrontation in the area pitted a Philippine survey ship against Chinese vessels.