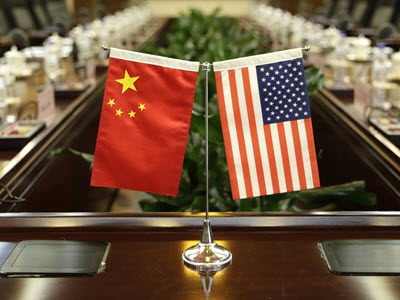 Naima Green-Riley examines trends in U.S. public opinion on China since the start of the pandemic and considers the implications for the U.S.-China relationship. This essay continues the expansion of the New Normal in Asia series to include the voices of emerging scholars and analysts in both the United States and the Indo-Pacific.

In the Pew Research Center’s annual poll of Americans this year, respondents reported the highest percentage of “unfavorable” views toward China since the poll began asking about China in 2005. The survey was conducted in March during the first wave of the Covid-19 pandemic, and 66% of those who took part held unfavorable views of China. Moreover, 62% of respondents said that Chinese power and influence posed a major threat to the United States. This trend of declining public sentiment toward China comes at a time when bilateral ties have eroded in multiple domains, ranging from the trade relationship to people-to-people exchange.

This essay will examine the trajectory of U.S. public opinion about China since the start of the pandemic and consider the implications for the U.S.-China relationship.

The U.S.-China relationship was already becoming more antagonistic before the onset of the pandemic, most notably due to the trade war. With the emergence of Covid-19, the schism between the two countries became even more severe. Shortly after the virus began to spread in the United States, President Donald Trump insisted on calling it the “Chinese virus” or the “Wuhan virus,” and he made every effort to link the growing sense of despair in the United States directly to the Chinese state. China responded to criticism by ramping up both its overt public diplomacy campaigns and covert disinformation efforts in order to boost its image and cast doubt on Western narratives.

“The U.S.-China relationship was already becoming more antagonistic before the onset of the pandemic. With the emergence of Covid-19, the schism between the two countries became even more severe.”

U.S.-China antagonism has not stayed contained to rhetoric, but instead it has boiled over to exacerbate the already deteriorating bilateral relationship. In July 2020, the United States ordered the Chinese consulate in Houston to close, and China retaliated by closing the U.S. consulate in Chengdu. A quartet of prominent officials from the Trump administration—Secretary of State Mike Pompeo, National Security Advisor Robert O’Brien, FBI Director Christopher Wray, and Attorney General William Barr—gave speeches during the summer stating that the time for U.S. engagement with China had passed. In the trade relationship, U.S. tariffs have remained on roughly $370 billion worth of Chinese imports to the United States, even after the phase-one trade deal. In the security domain, China ramped up its military exercises in the South China Sea during the summer amid regular naval and aerial exercises conducted by the United States. Moreover, both countries have recently acted to set export or import controls, impose stricter data governance rules, and review supply chains or finance flows. Many onlookers see these as moves to spur decoupling in the technology realm.

U.S.-China contention has affected a number of other areas as well. Since February, the United States has progressively declared a growing number of Chinese media and public diplomacy organs—including news outlets like Xinhua and the Global Times and the Confucius Institute U.S. Center—as foreign missions, meaning that they must comply with stricter monitoring and face caps on Chinese national personnel. China, on the other hand, has expelled over a dozen U.S. journalists and mandated greater reporting of U.S. news bureaus in China to the Chinese government. Both countries have also imposed restrictions on in-country permissions for each other’s diplomats.

These trends at the elite level provide context for declining views of China within the U.S. public. In September 2019 and again in May 2020, I conducted surveys of five hundred American adults through the professional survey company Dynata. Like the Pew findings, my results show a decrease in favorable views toward China after the outbreak of the Covid-19 pandemic and an increase in perceptions of the threat posed by China for American adults. The percentage of respondents with an unfavorable view of China increased from 69% in my September 2019 survey to 78% by May 2020. Moreover, while 31% of respondents said that China posed a “very serious threat” to the United States in the fall survey, 41% of respondents believed so in the spring. The changes in scores for both favorability and threat were statistically significant at the 95% confidence level.

At the same time, respondents in my surveys appeared to become more aware of China over time. When asked how much influence China had in the world, the average score that respondents gave moved from 0.76 to 0.79 on a scale from 0 to 1 between the September and May surveys. Results were statistically significant. On the other hand, there was no statistically significant change in estimations of U.S. influence in the world, nor were there significant changes in estimations of the influence of other countries that respondents were asked about, which included France, Mexico, and Russia. Additionally, while 56% of respondents correctly selected the name of Chinese president Xi Jinping on a multiple choice question in September 2019, 62% of respondents could name him by May 2020. Here the results were significant at a statistical confidence level of 90%. In other words, the decline in favorable views toward China coincided with a perception of greater Chinese influence and better name recognition of China’s president.

It is important to note that during roughly the same time frame, public opinion of the United States among Chinese citizens also became less favorable. Surveys done at UC San Diego’s China Data Lab show that the average favorability of Chinese views toward the United States decreased from 5.77 in June 2019 to 4.77 in May 2020 on a scale of 1 to 10.

HOW DOES PUBLIC OPINION AFFECT THE U.S.-CHINA RELATIONSHIP?

Given increasingly unfavorable views of China among the American public, how might trends in public opinion actually affect the U.S.-China relationship? Often, when the topic of public opinion comes up, a conversation about the electoral impact of trends in public attitudes ensues. It is unclear just how much attitudes about China influence vote choice for Americans. Foreign policy has traditionally been less likely to be a deciding factor for U.S. voters than social or fiscal issues. That being said, as far as foreign policy issues go, China has consistently showed up prominently in campaign ads over the past decade, including this year.

“The increasingly negative perception of people-to-people exchange with China indicates that the friction between the two countries has bled into the interpersonal realm of the bilateral relationship.”

The U.S. public can have an impact on the U.S.-China relationship in other ways as well. First, increasingly negative views of China appear to affect consumer behavior. According to a May 2020 poll by the business advisory firm FTI Consulting, 40% of Americans said that they would not buy products made in China. Anti-China sentiment has affected not only manufactured products but also app-based services in the technology sector. In the midst of attempts by the Trump administration to ban the Chinese-owned TikTok and WeChat apps, a poll by Morning Consult showed that 35% of respondents were “very concerned” and 29% of respondents were “somewhat concerned” about the prospect of a Chinese company managing a social media app used in the United States. These figures suggest that trends in U.S. public opinion may affect consumer choices about Chinese products in ways that matter to the U.S.-China relationship.

Another area of the bilateral relationship that could be influenced by public opinion is people-to-people exchange. Here, partisanship appears to have a major impact on views. According to the 2020 Chicago Council on Global Affairs survey, 65% of Republicans support limiting the number of Chinese students in the United States and 66% support restricting scientific research exchange. In contrast, 57% of Democrats oppose limiting Chinese students and 64% oppose cutting off scientific exchange. The increasingly negative perception of people-to-people exchange with China—particularly among Republicans—indicates that the friction between the two countries has bled into the interpersonal realm of the bilateral relationship as well.

What does all of this mean? Overall, U.S. public views of China have soured significantly since the beginning of the Covid-19 pandemic. These increasingly antagonistic views have the potential to affect the political, economic, and people-to-people ties between the United States and China. In the realm of politics, the change in U.S. public attitudes may act as a permissive factor, making room for increasingly tough rhetoric and policy from elected officials on China. In the economic realm, the concerns of American consumers about buying products and services from China could dampen the efforts of China to continue to expand its global economic footprint. And in people-to-people relations, simmering tensions may spur unpleasant encounters between American and Chinese people that could make both publics less enthusiastic about bilateral cooperation moving forward.

It is too early to tell exactly what the “new normal” in U.S. public attitudes toward China will be. Especially given the recent election of Joe Biden as the next U.S. president, the jury is still out on how the relationship between the two countries and their publics will fare. Nevertheless, the starting point in public enthusiasm for China as we head into the Biden-Xi era is certainly more negative than it has been in recent history.

Naima Green-Riley is a PhD candidate and Raymond Vernon Fellow in the Department of Government at Harvard University. Her research focuses on how states attempt to influence foreign publics through public diplomacy. She has contributed expert commentary to the National Committee on U.S.-China Relations and the Aspen Strategy Group, and her writing has been featured in publications such as the Diplomat and the Monkey Cage blog at the Washington Post. 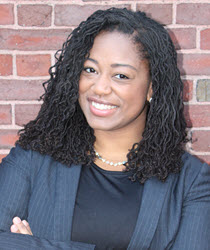