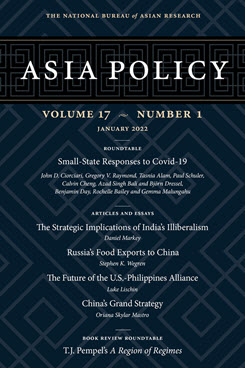 Opportunities and Obstacles for Russia’s Food Exports to China

Within the context of expanded economic ties, this article analyzes Russia-China agricultural trade, examining China’s role in Russia’s quest to achieve $45 billion in food exports by 2030 and exploring opportunities for and obstacles to expanded food trade between these two states.

This article develops three principal arguments. First, there are impediments to expanded bilateral agri-food trade that result from governmental restrictions, bureaucratic regulations, and both supply- and demand-side factors. Russia’s main food exports to China (fish and seafood) are limited by environmental standards and international agreed-on limits on wild catch. Pork exports are constrained by Chinese government restrictions that reflect the prioritization of national interests over expanded trade. A second argument is that although the level of bilateral food trade is currently low, there are opportunities for expansion. In principle, Russia could increase export revenue through greater sales of soybeans, poultry, and wheat. That said, the first two commodities are restrained by supply on the Russian side and the third by Chinese restrictions. Third, China inevitably will play a significant role in Russia’s quest to achieve $45 billion in food exports. After Moscow’s 2014 countersanctions against the European Union, China has replaced the EU as Russia’s primary food export market, and the target for exports to China that Russia’s Ministry of Agriculture has set seems too modest.

Stephen K. Wegren is a Distinguished University Professor and Professor of Political Science at Southern Methodist University in Dallas, Texas (United States). His most recent books are Russia’s Food Revolution: The Transformation of the Food System (2021) and Russia’s Role in the Contemporary International Agri-Food Trade System (2022).