Minilateral Deterrence in the Indo-Pacific

As countries in the Indo-Pacific seek to manage the challenges posed by China’s growing power and assertiveness, they are increasingly relying on minilateral groupings and emphasizing deterrence to maintain regional peace. The essays in this Asia Policy roundtable address the resulting question: can minilateral groupings deter coercion and aggression in the Indo-Pacific and, if so, under what conditions?

A New Strategic Minilateralism in the Indo-Pacific
Kei Koga

The Quad as a Security Actor
Tanvi Madan

Brendan Taylor is Professor of Strategic Studies at the Australian National University (Australia).

Oriana Skylar Mastro is a Center Fellow at the Freeman Spogli Institute for International Studies at Stanford University and a Nonresident Senior Fellow at the American Enterprise Institute (United States).

Eric Sayers is a Senior Vice President at Beacon Global Strategies, a national security consulting firm in Washington, D.C. (United States). He is also a Visiting Fellow at the American Enterprise Institute. Prior to joining Beacon Global Strategies, he was a special assistant to the commander of Indo-Pacific Command and a professional staff member with the majority staff of the U.S. Senate Armed Services Committee.

Kei Koga is Assistant Professor in the Public Policy and Global Affairs Programme in the School of Social Sciences at Nanyang Technological University (Singapore) and the author of the new book Managing Great Power Politics: ASEAN, Institutional Strategy, and the South China Sea (2022).

Evan A. Laksmana is a Senior Research Fellow in the Centre on Asia and Globalisation in the Lee Kuan Yew School of Public Policy at National University of Singapore (Singapore).

Ketian Zhang is an Assistant Professor of International Security in the Schar School of Policy and Government at George Mason University (United States). She studies rising powers, coercion, economic statecraft, and maritime disputes in international relations and social movements in comparative politics, with a regional focus on China and East Asia. Some of her research has appeared in International Security, the Journal of Strategic Studies, and the Journal of Contemporary China.

Tanvi Madan is a Senior Fellow in the Foreign Policy Program and Director of the India Project at the Brookings Institution (United States). She is the author of Fateful Triangle: How China Shaped U.S.-India Relations during the Cold War (2020). 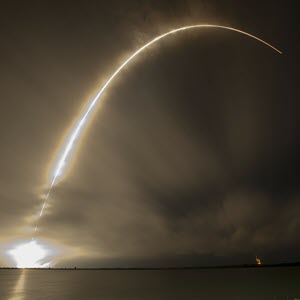 Minilateralism in the Indo-Pacific: An Effective Approach for Deterrence?