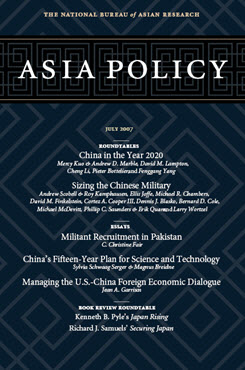 This study presents a new framework to exposit the connections between Pakistan’s religious schools (madaris) and militancy in Pakistan and beyond.

Contrary to popular belief, madrasah students are not all poor and madaris are not categorically tied to militancy. Madaris—along with mosques and public proselytizing events (tabligh)—are, however, “gathering” places where militant groups, religious ideologues, and potential recruits can interact. Religious leaders of some madaris issue edicts (fatwas) that justify the use of violence, and a small number of madaris are used for militant training. Limited evidence suggests that madrasah students more strongly support jihad than those of public or private schools—but public school students, who comprise 70% of Pakistan’s enrolled students, also have high levels of support for violence.