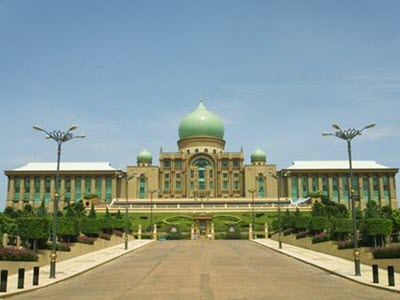 This Country Profile for Malaysia is from the Maritime Awareness Project.

Malaysia claims ten maritime features in the southern region of the Spratly Islands but may have dropped its claim to an eleventh feature, Louisa Reef. Of the ten features to which it maintains a clear claim, Malaysia controls seven. Vietnam and China also claim all of the features that Malaysia claims, while the Philippines claims only some of the features.

Malaysia’s claims to certain maritime features in the South China Sea are based on its corresponding claim to a continental shelf, as defined by a 1966 law, a 1979 map, and a 2009 joint submission with Vietnam to the Commission on the Limits of the Continental Shelf. In addition, Malaysia has exercised effective control of the features on which it has maintained a presence. On occasion, Malaysian officials have also claimed that the country enjoys rights to certain maritime features because they fall within its exclusive economic zone, although this claim is inconsistently referenced. While several of the features claimed by Malaysia could generate territorial waters of their own, Malaysia has heretofore only claimed a twelve-nautical-mile territorial sea around two features: Swallow Reef, which it controls, and Amboyna Cay, which is controlled by Vietnam. Swallow Reef, the only clear island among Malaysia’s controlled claims, was occupied in 1983, while the remaining features were gradually occupied through the course of the 1980s.

The status of Malaysia’s claim to Louisa Reef, which Malaysia and Brunei disputed until 2009, is unclear. In a 2009 joint press statement, the two countries announced that they had reached agreement in an exchange of letters on delimitation of maritime boundaries and modalities for the final demarcation of their land boundary. Brunei subsequently claimed in its preliminary submission to the Commission on the Limits of the Continental Shelf that the exchange of letters delimited its territorial sea, exclusive economic zone, and continental shelf, implying that Brunei also claimed Louisa Reef. Malaysia’s claim therefore seems to have lapsed implicitly, although this remains to be confirmed.

In addition, two submerged systems, the James Shoal and the Luconia Shoals, lie within Malaysia’s claimed continental shelf region, but are claimed by China.

“Malaysia’s right to Amboyna Cay and Swallow Reef is a matter of geography.”

“Swallow Reef [Terumbu Layang-Layang in Malay] belongs to Malaysia as it falls within the country’s Exclusive Economic Zone.”

“Erica Reef and Investigator Shoal belong to Malaysia and not the Philippines, and…Malaysia therefore has the right to build structures on these maritime features….If the Philippines resorts to aggressive action it will lead to tension but we find that they will not resort to this….The Spratlys issue should be resolved as a multilateral problem as this had been agreed to at ASEAN meetings.”

“We must talk with a single voice; ASEAN must show [its] united voice; [otherwise] our credibility will be undermined. We must refer to the situation in the South China Sea, particularly any acts that contravene the international law on EEZs and continental shelves. It is totally unacceptable that we can’t have it in the joint communiqué.”

“Just because you have enemies, doesn’t mean your enemies are my enemies….I think we have enough level of trust that we will not be moved by day-to-day politics or emotions.”

“We’ve been monitoring, [the PLA Navy] strayed into our waters…That’s a natural thing. As long as it was an innocent passage, that is okay with us.”

“Malaysia notes that the Arbitral Tribunal under Annex VII to the 1982 United Nations Convention on the Law of the Sea (1982 UNCLOS) issued its award on 12 July 2016.

“[T]here is no provision to enforce unless both parties go to arbitration and they agree on the terms of arbitration…But this was unilateral on the part of the Philippines, so there is no mechanism for enforcement…The Philippines will claim this as moral basis because it reflects the kind of interpretation of the United Nations Convention on the Law of the Sea.”

1978: Malaysian engineers placed a stone marker next to the Vietnamese marker on Amboyna Cay; this new marker was removed by Vietnamese forces that arrived in 1979 and have not since left.

Compared with other regions of the South China Sea, the coast off the eastern Malaysian states of Sabah and Sarawak is relatively rich in oil and natural gas, which are a key source of income for the Malaysian government. Of the 11.2 billion barrels of crude oil reserves that the U.S. Energy Information Administration estimates to be located in the South China Sea, 5 billion barrels reside in uncontested Malaysian waters. Determining rights to offshore oil and gas was certainly an important accomplishment of the exchange of letters between Brunei and Malaysia in 2009 that settled their maritime disputes. The Luconia Shoals, which are claimed by China, are host to production facilities and are believed to contain significant quantities of hydrocarbon resources. While some Malaysian production sites lie within China’s nine-dash line, disruption of these facilities may run against China’s interests as the two countries signed a 25-year liquefied natural gas supply agreement in 2006.